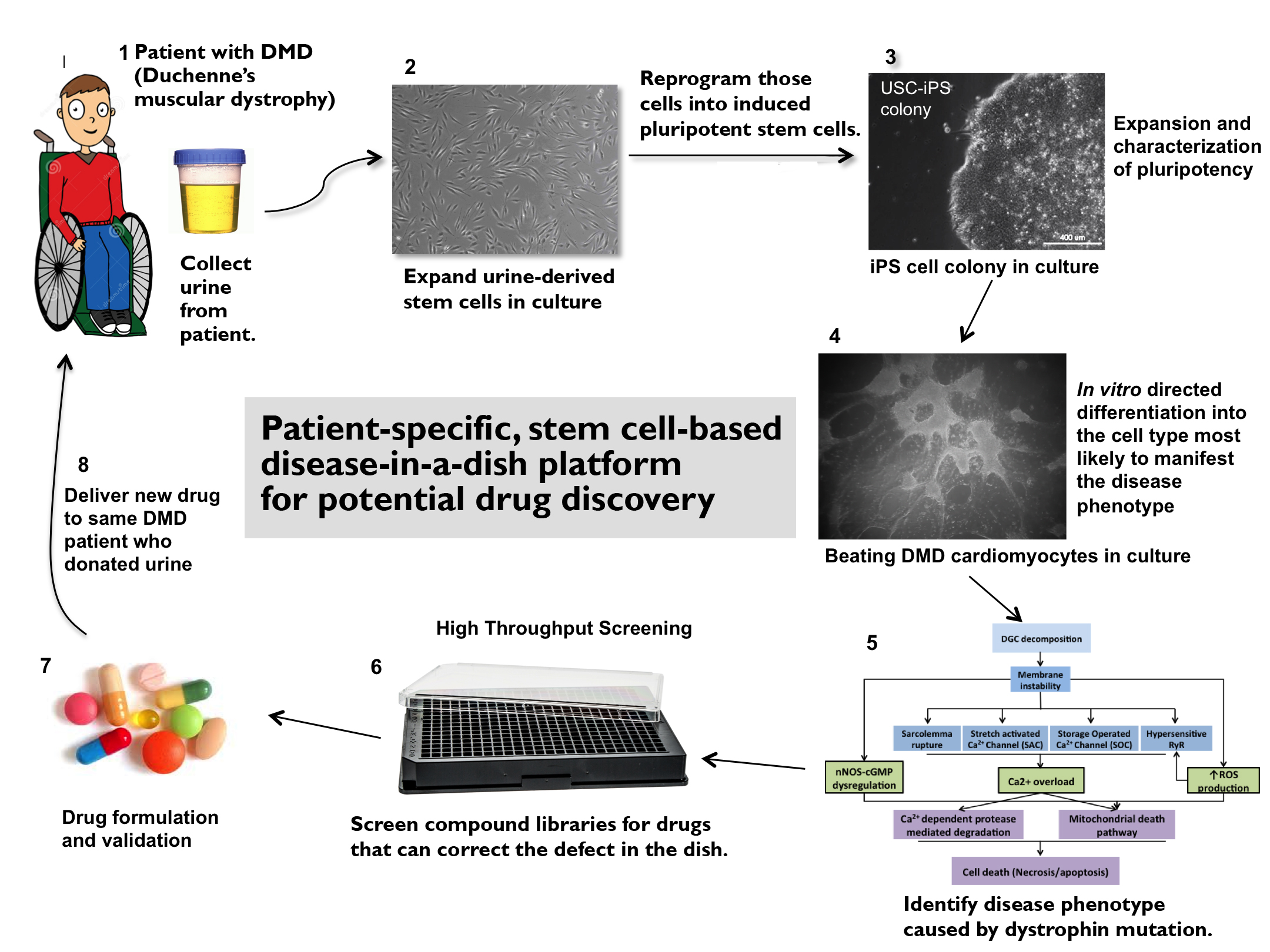 Say you’re sick. You head to your doctor and discuss personal details about your body. The doc thoughtfully checks your symptoms, maybe administers a test or two, and then delivers a diagnosis.

When it’s time to recommend treatment, though, “personal” probably will yield to “general” – that is, what usually helps people under the broad umbrella of your condition.

Now here’s a vision of the future: You walk into the same clinic, get the same diagnosis, and pee in a cup. Your cells are extracted and grown in culture, creating an unlimited supply that carry your specific deficits and mutations. Doctors study those and set out to find the perfect drug for you.

It won’t happen tomorrow. But one day your care will be a lot more personal, said Dr. David Mack, an assistant professor of rehabilitation medicine at the University of Washington and investigator at the Institute for Stem Cell and Regenerative Medicine.   He’s one of several researchers exploring a “disease-in-a-dish” approach to improve the treatment of disease.

The approach builds on scientists’ nascent ability to manipulate stem cells created from adult tissues. These cells can duplicate themselves and generate every type of tissue and organ in our bodies. Researchers can guide those stem cells to become certain kinds of tissue, like muscles or bones or internal organs. Those cells can be studied to understand what goes wrong as the disease forms in the dish. A wide variety of compounds would be screened to see which works best for a particular patient.

“The more realistic the tissue we can create in the dish, the better the disease model, the better drugs we can identify,” Mack said.
The disease-in-a-dish model makes sense because diseases are diverse.

Courtesy of David Mack
(Click to enlarge.) When compared with normal cardiac cells (top images), cells from a DMD patient show no dystrophin protein expression (evidenced by green staining), meaning cardiac cells are susceptible to damage from the act of the heart beating.
images of dystrophin protein expression - normal and that of a Duchenne muscular dystrophy patient

For example, with Duchenne muscular dystrophy (DMD), a rare genetic disorder that Mack studies, you might not survive birth – or your diagnosis might come late in life after you struggle up a few flights of stairs.

In Mack’s lab, researchers are using the disease-in-a-dish model to find drugs that might correct the heart problems associated with DMD. Grad students, postdocs and Mack himself hunch over petri dishes filled with beating heart cells created from stem cells. (The technique was honed one building over, in Dr. Chuck Murry’s lab.) Those dishes then become a platform to identify the best drugs to tackle the heart condition that shortens the lives of youths with DMD.

“We have this biological resource that’s a representation of the heart disease caused by your mutation,” said Mack, who started the project with Dr. Martin Childers, a clinician who treats patients with DMD. “We envision this closed loop of drug discovery on your cells, so the likelihood of drugs working on the patient – you – goes way up.”

That model flips the standard approach to drug development, which desperately needs to be improved, Mack said.

Today, all drugs go through extensive, expensive trials that can take years and costs millions or billions of dollars. Often drugs that work in animals fail in human trials. A mountain of research yields just a molehill of medicine. As a result, drug companies almost solely focus on potential blockbuster drugs at the expense of thousands of promising compounds, he said.

He and other researchers envision a future where clinical trials in a petri dish would greatly reduce the dependency on animal models. Doctors could safely and quickly screen new drugs for toxicity, accelerating the time it takes new medicine to get to market.

The work underway in the Mack laboratory extends beyond drug discovery. For example, they’re using the disease-in-a-dish-model to discern whether the neural deficit that causes cognitive impairments in people with autism also causes the debilitating gastrointestinal problems that these patients often have.

It’s unlikely every disease will be modeled in a dish, he said. Genetic complexity might make it impossible to recreate every aspect of certain diseases. And research into stem cells needs to advance further. Today, a lab can churn out beating heart cells from stem cells without much difficulty. But many other tissues remain out of reach.

Despite obstacles, Mack is buoyed by how quickly the fields of stem cell and regenerative medicine are moving forward. “If you're not familiar with the last three to six months of literature, you're way behind.”