In a study in Denmark, which has universal health coverage, lack of access or patient costs for primary care were not factors
Michael McCarthy
12/02/2015 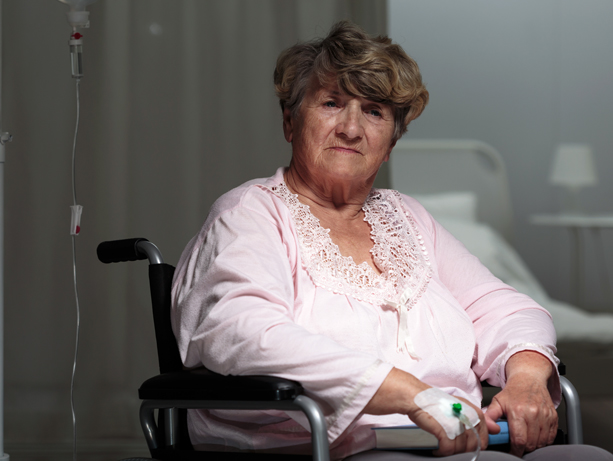 Such preventable hospitalizations, also known as hospitalizations for ambulatory care-sensitive conditions, include exacerbations of common chronic conditions, such as diabetes, congestive heart failure, and chronic obstructive pulmonary disease, and acute illnesses, such as bacterial pneumonia and urinary tract infections.

It is estimated that these hospitalizations cost the U.S. Centers for Medicare and Medicaid Services $32 billion a year. In addition to increased healthcare costs, some preventable hospitalizations, such as for pneumonia, could contribute to cognitive and functional decline in older adults. The potential for these added health concerns resulting from hospitalization, as well as its costliness, have led researchers to try to understand who might be at greatest risk.

In the study, the researchers sought to determine what role depression may play in such hospitalizations. To find out, they analyzed data collected on five million Danish adults from 2005-2013 to see whether individuals with depression were more likely to be hospitalized for preventable conditions or were more likely to be re-admitted to the hospital within 30 days of discharge.

The Risk for Hospitalizations and Rehospitalizations for Ambulatory Care-Sensitive Conditions in Denmark: a Population-Based Cohort Study appears in the journal BMJ Open. The report is the result of an ongoing collaboration between researchers at Aarhus University, in Aarhus, Denmark, and the University of Washington in Seattle.

The lead author was Dr. Dimitry S. Davydow, associate UW professorof psychiatry and behavioral sciences. The senior author was Dr. Mogens Vestergaard,a professor at the Institute for General Practice in the Department of Public Health at Aarhus University. The study was funded by an unrestricted research grant from the Lundberg Foundation.

The researchers found that of 5 million Danish citizens studied, more than 1.3 million, or 26.1 percent, had been diagnosed with depression by a psychiatrist or were prescribed antidepressant medication during the study period of 2005 to 2013. Overall, those with depression were 2.35-times more likely to be hospitalized for a preventable condition than were people without depression after the researchers adjusted for age, sex and passage of time.

The lack of access to primary care is unlikely to be the main cause for these hospitalizations, Davydow said, because Denmark provides all its citizens with universal health insurance and primary-care access. This availability of care was an important reason why Davydow was interested in studying this topic in Denmark.

“So providing better access to primary care may not be enough,” he said. “One solution may be to do a better job integrating mental health services into primary-care settings. That way patients with depression can obtain psychiatric care more easily and their mental health care better incorporated into their overall health care.”

“A number of studies have shown that such collaborative care in primary-care and other ambulatory-care medical settings can be both effective and cost-effective,” he said.  He added that more research is needed to show if such integrated approaches can also help reduce preventable hospitalizations among individuals with depression or other mental health conditions.”