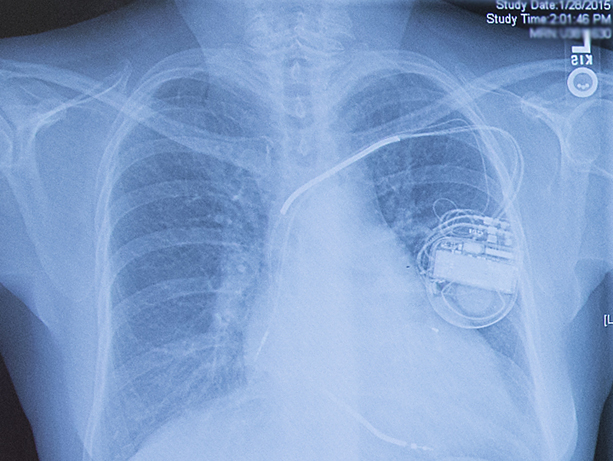 In the 1980s, cardiologists recognized that patients with heart failure – a poor quality of blood-pumping that can persist for years – were also more likely to die suddenly of cardiac arrest.

In 2004, University of Washington researchers showed that defibrillators implanted in this population decreased sudden death by 60 percent. The finding led to formal medical guidance that any heart-failure patient with an ejection fraction (measure of pumping capacity) of less than 35 percent is eligible for a defibrillator to protect against sudden death.

New research led by a UW Medicine cardiologist identifies who among the device-eligible patients is more likely to benefit from being implanted.

“We found that younger male patients without diabetes or kidney disease tend to have a much greater benefit from a defibrillator, while older female patients with comorbidities have much less benefit,” said Dr. Wayne Levy, medical director for the UW Regional Heart Center Clinic and professor of medicine at the UW School of Medicine.

He was corresponding author for the study published in late November in JACC: Clinical Electrophysiology.

An implanted defibrillator senses when the heart is having a life-threatening arrhythmia and delivers a shock to re-normalize the heartbeat. It does not make the patient feel better, unlike other heart-failure therapies.

Levy and colleagues developed the Seattle Proportional Risk Model to predict which heart-failure patients were at greater risk of sudden death. The model was tested in a large cohort of patients eligible to participate in an exercise-training study. The defibrillator benefit was 2.7-fold greater in patients in the highest quartile of predicted sudden death.

Levy related circumstances in which heart-failure patients’ families adamantly request a defibrillator for their loved one, citing its potential benefit despite the patient’s other signs of deteriorating health.  Until now, though, cardiologists have had no hard data to support their clinical experience that might suggest the patient is unlikely to benefit from being implanted, even if he or she is eligible.

“With that information, the physicians, patients and their families can make a more informed decision about whether to place a defibrillator,” Levy said.

He hopes that organizations such as the American College of Cardiology, the American Heart Association, and the Heart Rhythm Society will consider the finding as grounds to revisit medical practice guidelines for implanting defibrillators in heart-failure patients.