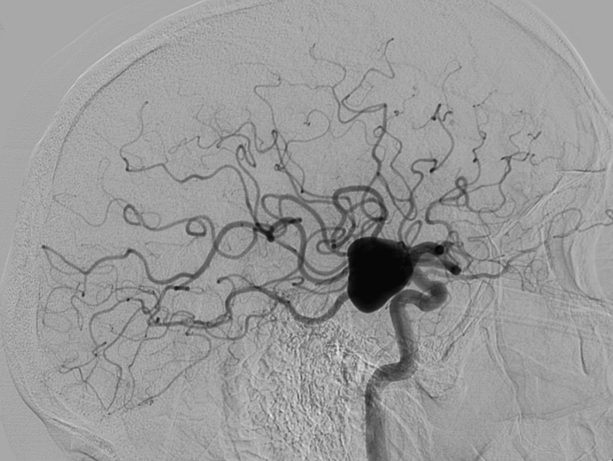 On a computer monitor at Harborview Medical Center, Dr. Michael Levitt rotates a 3-D angiogram that maps the blood flow to a patient’s brain. As a collective, the vessels evoke a tree canopy; then Levitt zooms in, revealing a single branch in spellbinding detail.

Such sophisticated imagery makes it easy for neurosurgeons like Levitt to spy unruptured aneurysms – pouches of weak tissue often no bigger than a pencil eraser, which emerge from vessels like cul de sacs from streets. The high-res scans give real-time, sub-millimeter guidance as doctors take steps to halt blood flow that might burst a pouch and cause a stroke.

For all they illuminate, though, the scans offer no data about which treatment has the best chance of success with any aneurysm.

“You place a stent or coil, but for some patients, the aneurysm either sticks around or grows larger. Those are treatment failures,” said Levitt, an assistant professor of neurological surgery and mechanical engineering at the University of Washington.

The digital angiogram is first turned into high-fidelity, 3-D printed model of the aneurysms and its vessel. Then fluid can be sent through the resin model at the same rate as the patient’s blood flow, and the team can monitor the fluid dynamics around and inside the aneurysm.

“Part of it is the size and the angle at which blood strikes the inside of the aneurysm. We’re looking at forces on the walls or in the main blood vessel that can either keep the aneurysm open or let it clot off, depending on how you treat it,” Levitt explained. “We’re trying to figure out if we can correlate changes in those forces, when we do the treatment, with patients who end up needing second or third treatments – or with patients who get better.”

To measure the fluid flow rate, the team deploys a Doppler-tipped “microwire” typically used in vasculature around patients’ hearts.

“We’re the only group I know of using this wire in the brain,” Levitt said.

By accumulating data with the 3-D models, the investigators hope to define characteristics that will predict success when a patient presents with an unruptured aneurysm.

“That’s really the translational aspect of this research, Levitt said. “We’d like to obviate the need for 3-D printing and use only a digital model. The idea would be to take measurements before treatment, then while you’re placing the coils or stent, check to see whether there’s enough of a change in the forces inside the aneurysm to say, ‘We’re done, let’s go home’ or ‘We need to do something more.’ ”

Aneurysms develop for reasons unknown, in 1-2 percent of the population – usually people 40 or older. Unruptured aneurysms often are asymptomatic, revealed by happenstance in scans for unrelated concerns. They can remain unruptured for decades, but physicians typically address them upon discovery.

Conventionally, aneurysms have been treated surgically; part of the skull is removed and a clip is placed across the outside of the pouch. The endovascular approach is more recent; a catheter is inserted in the patient’s femoral artery and directed up to the brain using X-ray guidance. Using the catheter, a neurovascular specialist fills the aneurysm with coils of metal or places a stent across the pouch to block blood flow. Without blood, the aneurysm eventually clots off.