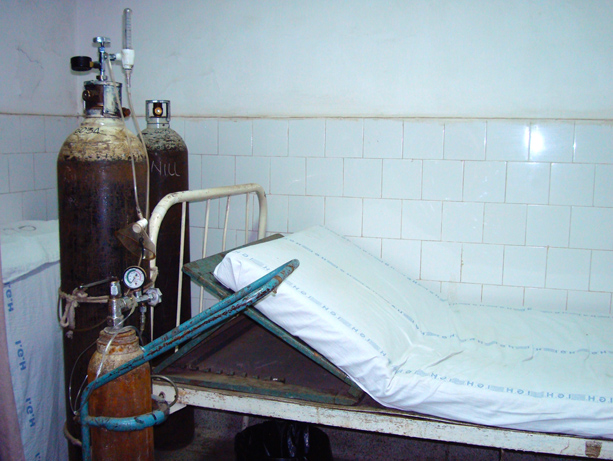 The death rate in the current Ebola outbreak, currently running above 70 percent in West Africa, could be greatly reduced if low-resourced care providers consistently applied principles of intensive care used to treat those patients in the United States, said Dr. T. Eoin West, associate professor of pulmonary and critical care at the University of Washington.

He recently co-wrote an article on the management of severe Ebola virus disease for the Annals of the American Thoracic Society journal.

R. Boonman
Surgical supplies for a bedside procedure in an ICU in India.
A surgical tray in a low-resource medical setting.

“When most of us think of intensive care, we think of the high-tech, expensive care provided in the modern hospital, but the key elements of intensive care are pretty basic,” West said. “(It) essentially means you look after the sickest people with the best care you can muster with the resources at hand. Even simple measures can make a big difference.”

West’s special interest is sepsis, a complication that occurs when the body’s inflammatory response to an infection is so strong that it does more harm than good, causing the patient’s blood pressure to plummet, their lungs to fill with fluid and, if unchecked, multi-organ failure and death.

Sepsis is often the “final common pathway” to death stemming from Ebola, influenza, meningitis, malaria, pneumonia, and infections that complicate traumas such as motor vehicle accidents. There are an estimated 15-20 million cases of sepsis worldwide each year, of which about half are fatal.

But recent research suggests that basic – and not particularly high-tech – elements of this care may be largely responsible for its effectiveness, West said. These include:

“Just having doctors checking in on patients frequently may improve their survival rate,” West said.

Workarounds can improve care even if resources are limited, he said. If a patient’s blood pressure is low and you lack IV capability, fluids can be given by mouth. If you can’t give antimicrobials intravenously, you can give them intramuscularly or rectally. If a patient’s blood-oxygen level is low, oxygen can be administered with a face mask, even without a ventilator.

“If such simple measures are applied consistently, you could make a substantial reduction in deaths from sepsis worldwide,” West said.

Learn more about efforts by UW faculty to improve sepsis care in low-resource settings, at the International Respiratory and Severe Illness Center (INTERSECT).