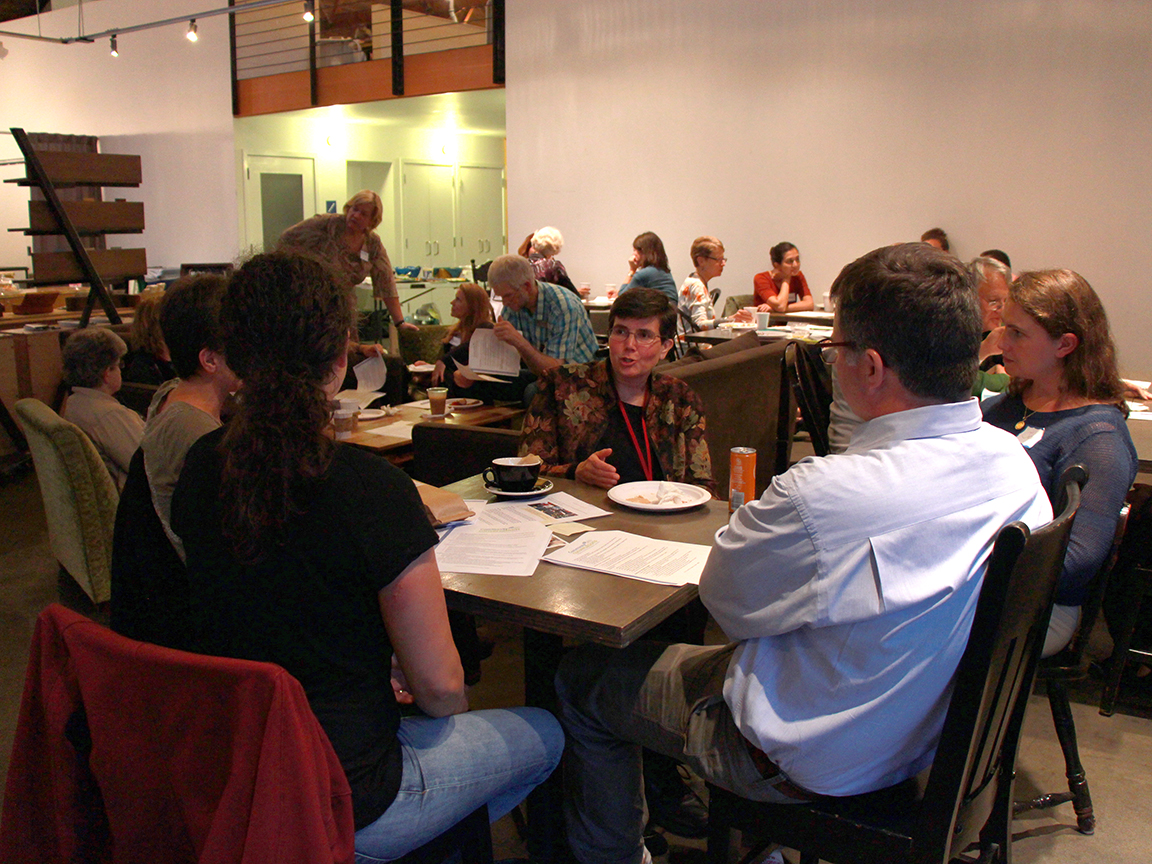 For Andrew Taylor, a molecular biologist and Seattle resident, attending last week’s community conversation about a trauma study to be held at Harborview Medical Center stemmed from an experience in his past.

“I came here tonight because this was me,” Taylor said, holding up photos of him being airlifted from the side of a mountain.

He and his wife were hiking the snowy Pacific Crest Trail in 2000 when he fell, hitting his head on rocks. Luckily, fellow hikers called 911 and stayed with him until help arrived. Taylor was semiconscious throughout the incident.

He was taken to Harborview and stayed for 10 days and, though he doesn’t remember much about his fall or the days after, he knows he suffered a traumatic brain injury (TBI).

Taylor was lucky: TBIs are fatal for more than 50,000 people in the United States each year. The new University of Washington study at Harborview seeks to decrease that number.

The goal of the study, which is also taking place at nine other North American hospitals, is to determine whether tranexamic acid, an FDA-approved drug, helps slow head bleeding and improve outcomes in TBI victims. Tranexamic acid is already used to stop internal bleeding; researchers want to know if it works as effectively in the brain.

Lead researcher Dr. Eileen Bulger, who is also Harborview’s trauma chief, partnered with the Northwest Association for Biomedical Research to hold the public conversation. The purpose was to hear what community members think of the study's often-controversial aspect of not being able to gain informed consent from prospective candidates because they are unconscious.

“Trauma studies are important because, honestly, a lot of what we do in emergency care has not been well tested,” Bulger said. “Trauma victims are often unconscious when first responders arrive, so it’s often impossible to get consent from them before enrolling them in a study. Federal regulations for exception from informed consent allow us to conduct trauma studies if the intervention is proven safe and has a direct benefit to the people involved.”

Of those who attended the discussion, most were supportive of the study, though they did query Bulger and Patricia Klotz, nurse supervisor for surgery research at Harborview.

Many questions regarded whether, in principle, enrolling unknowing participants in a study is moral. Most agreed, however, that no other solution exists for conducting needed trauma research. Attendees also debated the current process of notifying family about the study as soon as possible, wondering if it would be more ethical to wait until family members had some time to process the trauma injury itself.

“Are family in a sound enough mental state to consciously say yes or no to keeping their family member in the study?” one participant asked, citing the study’s guidelines that family members be notified “as soon as feasible” about the research and told they can withdraw the patient from it.

There was consensus that trauma studies would benefit from people talking with family and friends about their preference for research-based care in emergency circumstances. That way, people who must make decisions for an unconscious person would have a basis of information.

The study will begin later this year. Until then, Bulger and Klotz are working to get the word out.

Taylor said he supports this study because of his experience with TBI, from which he has fully recovered.

“I think the researchers have gone out of their way to inform people about the study,” Taylor said. “Given the type of study, I think it’s about as good as you can get. The payoffs could be significant enough to make it worthwhile.”

You can opt not to participate in the study by wearing a bracelet that reads 'NO STUDY.' Medical care providers will not administer tranexamic acid to you in any circumstance. To receive a free bracelet by mail, call 206.744.7724 or email pklotz@uw.edu.

See the original news release for this study, and watch a video Q&A with Dr. Eileen Bulger.