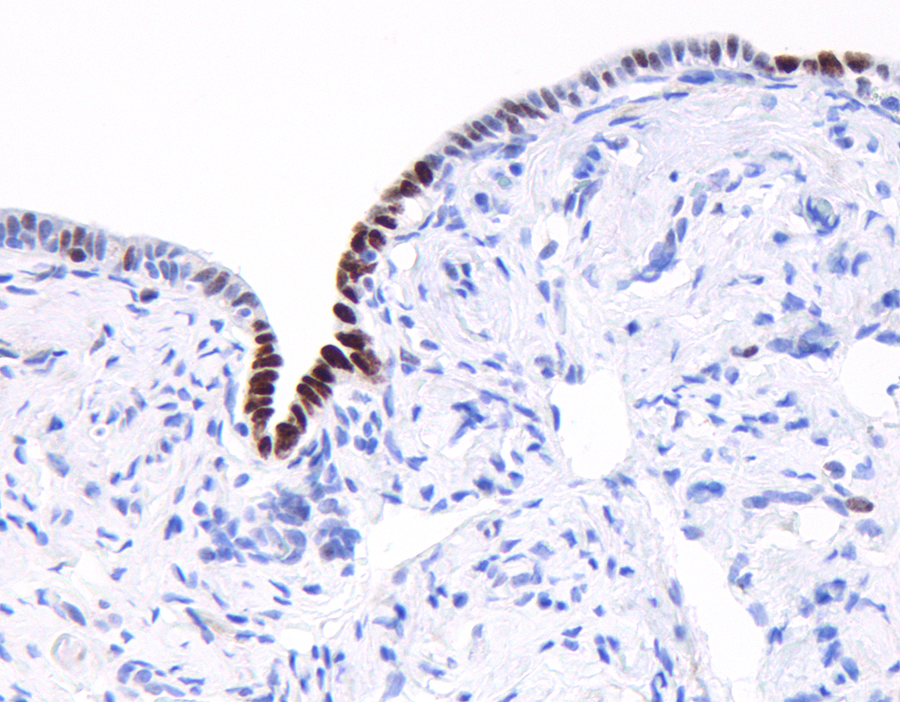 In a study of 36 women – 16 diagnosed with ovarian cancer and a control group of 20 with no cancer diagnosis – nearly all of the women were found to carry cancer-associated gene mutations.

The study was an early test of the power of DNA duplex sequencing, a technology developed at the University of Washington. Duplex sequencing independently tags molecules along both strands of DNA. In terms of a prospective diagnostic, its accuracy is thought to be unmatched.

This research, marking the technology’s first published application in human cancer detection, was published this week by the Proceedings of the National Academy of Sciences.

“Cancer mutations are supposed to indicate the presence of cancer. This study suggests that if we sequence deeply enough, we might find mutations in cancer-associated genes in nearly everyone,” said Rosana Risques, a UW assistant professor of pathology, who led the study with Jeff Krimmel, a medical student.

Duplex sequencing found more abundant mutations among the women who had a cancer diagnosis relative to those who did not. Thus, the overall burden of mutations could potentially be used to identify women who have ovarian cancer, or who are at a higher risk to develop it, Risques said.

The study is a caution for scientists and clinicians trying to detect cancer based on mutations, said Michael Schmitt, a co-author of the study and co-inventor of duplex sequencing. He is an oncology fellow at UW Medicine and the Fred Hutchinson Cancer Research Center.

Duplex sequencing
Schmitt and colleague Jesse Salk conceived duplex sequencing in 2012. Keeping track of both strands of DNA at sequencing, they thought, would allow more accurate detection of mutations than conventional sequencing.

The technology defines a true mutation as one present at mirror positions on both strands of the DNA helix.

This filtering process reduces the false-positive rate markedly: Conventional sequencing yields an error rate of one in 100 base pairs; mutations beyond that threshold are indistinguishable from system-introduced errors. By contrast, duplex sequencing reduces the error rate to less than one in 10 million.

“This extremely high accuracy filtered out the noise induced by false-positives, and allowed us to clearly see cancer mutations that were previously undetectable,” Krimmel said.

Ovarian cancer
No diagnostic screening test exists for ovarian cancer. Instead, symptoms indicate its presence, and ovarian cancer is notoriously asymptomatic in early stages. Often by the time symptoms occur, cancer has metastasized beyond the ovaries. Patients’ overall five-year survival rate is 45 percent.

Risques and colleagues sequenced peritoneal fluid that had been drawn from all 36 women, among them 16 with high-grade serous ovarian carcinomas, the most common type of ovarian cancer. Each woman in the control group had undergone surgery to address pelvic pain or concern over an inherited mutation in a BRCA-gene – thus the availability of their peritoneal fluid – but in each case only benign tissue was found.

The researchers focused on the p53 gene, which is mutated in 96 percent of high-grade serous ovarian cancers. The inactive p53 protein loses its ability to stop the proliferation of premalignant cells.

“We are eager to continue these studies in larger cohorts of individuals to characterize the accumulation of these low-frequency mutations in aging and cancer,” Risques said. “For early ovarian cancer detection, peritoneal fluid is not a viable diagnostic because it involves an invasive procedure, so we are exploring less invasive procedures such as Pap smears and uterine lavages in the context of duplex sequencing.”

Duplex sequencing’s UW inventors have founded a company, TwinStrand Biosciences, which has an exclusive license to the technology from the University of Washington. TwinStrand is pursuing applications in a wide range of fields.

To interview one of the study’s authors, contact Brian Donohue at UW Medicine: 206.543.7856 or bdonohue@uw.edu.