Can all Americans afford healthy diets for their kids?

Can all Americans afford healthy diets for their kids? 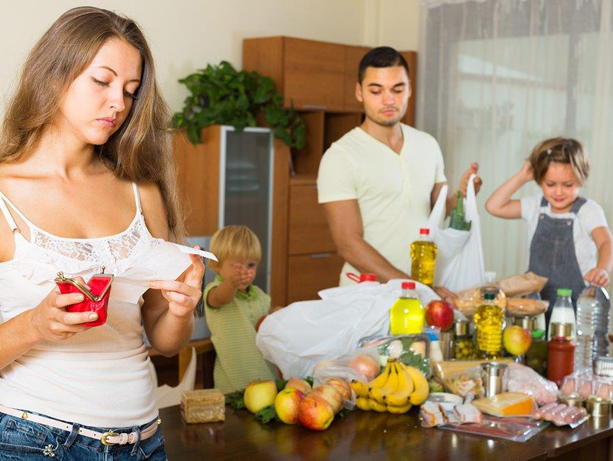 The difference between eating well and a low-quality diet in the United States is only about $1.50 per person per day, a University of Washington professor told a White House audience on Wednesday.

That doesn’t sound like much, but it adds up to more than $500 per year or $2,000 for a family of four. “And that is really very substantial,” said Adam Drewnowski, professor of epidemiology at the UW School of Public Health.

Drewnowski said the federal Supplemental Nutrition Assistance Program (SNAP), formerly known as food stamps, and other programs “make the playing field a bit more even.” But they aren’t enough for lower-income Americans to get the nutrition they need.

Drewnowski, director of the UW’s Center for Public Health Nutrition, took part today, Jan. 27, in a White House panel on child hunger in America and the role of SNAP. About 46 million Americans receive SNAP benefits. The average subsidy amounts to $4 per person per day. Other experts at Wednesday’s event noted that SNAP has eased poverty for some families while contributing to better health and educational outcomes.
“It’s a program that works,” said Agriculture Secretary Thomas Vilsack.

Given that each person needs about 2,000 calories per day, each dollar has to buy about 500 calories, Drewnowski pointed out. “There are very, very few foods which give you 500 calories per dollar, and the nutritious foods generally do not,” he said.

Energy-dense foods, as measured by calories-per-gram, include refined grains and foods with added sugars, oils and fats.

Foods with added sugars can provide up to 3,000 calories per day. “But when you look at fresh peppers or spinach, you are really looking at one to 20 calories per dollar,” Drewnowski said. If you only have $4 to spend per day, he said, “those foods are not going to be on the menu.”

As food budgets shrink the end of the month, families switch to cheaper foods.

“These empty calories provide minimum nutritional value, and there are going to be heath consequences for that,” Drewnowski said. “Take it a step further and then you have hunger – overt hunger.”

About one in seven American families experience food insecurity – meaning they don’t get enough food or nutrients at some point in the year. Drewnowski says not all low-cost foods are devoid of nutrients. Sweet potatoes, beans, broccoli, carrots, oranges, milk and nuts provide high amounts of valuable nutrients per penny.

Drewnowski highlighted the dietary gap between rich and poor. In the United States, he said, the rich spend less than 6 percent of their incomes on food, whereas low-income families can spend as much as 36 percent of theirs. This rate resembles what you’d find in low- and middle-income countries.

Drewnowski told the White House crowd he believed healthier diets are possible on limited incomes. “The combination of (increased) purchasing power, education and cooking skills contribute to what we have been calling nutrition resilience,” he said.

During the day’s second panel, a former SNAP recipient, Dawn Pierce, of Boise, Idaho, said she was grateful for benefits that helped her and her son after she lost her job during the recession.

“The face of hunger looks like any one of us,” she said. “SNAP is a lifeline for families that fall on hard times.”

The White House announced Wednesday that President Obama’s next budget will invest $12 billion over 10 years for a summer meal program for lower-income families with children.  It also said the U.S. Department of Agriculture will announce a new plan that would allow 20 states to use Medicaid data to automatically link low-income children to free and reduced-price lunch programs.