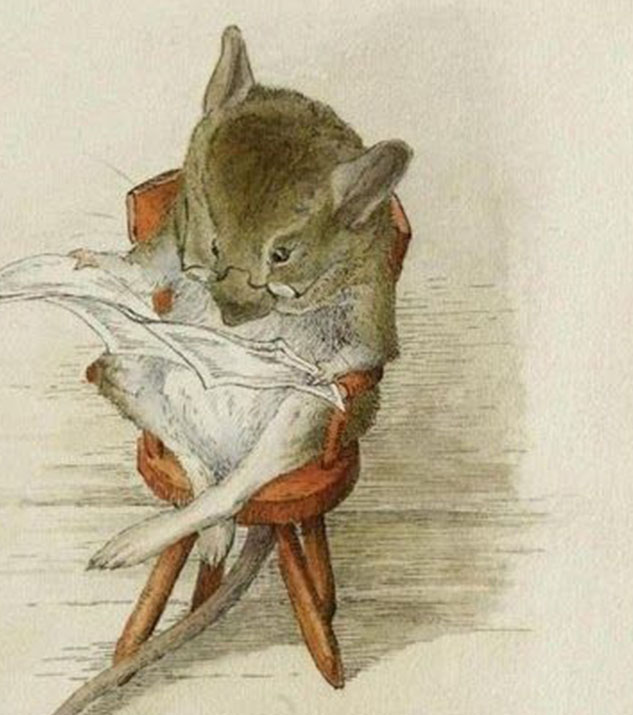 Researchers studying the biology of aging (geroscience) briefly treated middle-age mice with the drug rapamycin to gauge the long-term effects of short-term therapy on health and longevity.

Rapamycin, approved by the Food & Drug Administration for certain organ transplant recipients, is already known to extend life in mice and delay some age-related problems in rodents and humans.

Still, many questions prevail about when, how much and how long to administer rapamycin, what its mechanisms of action are in promoting healthy aging, and ways to avoid serious side effects.

Scientists at the University of Washington, University of Missouri, and Fred Hutchinson Cancer Research Center explored some of these issues.  Matt Kaeberlein, UW professor of pathology and a UW Medicine researcher on the biology of aging, and veterinarian Piper Treuting, UW associate professor of comparative medicine and chief of comparative pathology, headed the project.  Their latest published results https://elifesciences.org/content/5/e16351 appear today, Aug.23, in the scientific journal eLife.

Their research showed that a transient dose of rapamycin in middle age was enough to increase life expectancy and improve measures of healthy aging.  The scientists treated mice with rapamycin for 90 days starting at 20 months of age, approximately the mouse equivalent of a 60 year old person.  The control and rapamycin-treated mice were maintained identically both before and after the treatment period.  Remarkably, the rapamycin treated mice lived up to 60 percent longer after the treatment was stopped, compared to the animals that received a mock control treatment.

This, the researchers said, seems to be the biggest increase in life expectancy ever reported in normal mice from a medication.

“It’s quite striking that short-term rapamycin treatment had such a lasting impact on health and survival after the treatment was stopped,” said Dr. Kaeberlein.

The reasons behind this outcome aren’t completely clear, according to the researchers, but one interpretation might be that the animals were, to some degree, rejuvenated by the treatment and became biologically younger than their actual age.

The most-senior mouse in the study was Ike, the namesake of a relative of one of the researchers.  The mouse Ike lived 1,400 days.  For a person, that would be like hailing a 140th year birthday.

“To our amazement, considering the relatively small size of the group of mice we studied, Ike might have been one of the longest lived mice of his kind,” Kaeberlein said. Ike was a wild-type C57BL/6, a designation for the one of the most common sub-strains of mice.

On the other hand, some of the side effects observed during the study were less than celebratory. The cautionary findings, the researchers noted, illustrate the need to better understanding the relationship between the dose of rapamycin and its beneficial as well as detrimental effects.

The researchers saw a gender difference when higher doses of rapamycin were given: males outlived the females.  At lower doses, both male and female mice had longer lives, compared to untreated mice.  Higher doses can make female mice more susceptible to aggressive cancers of blood-forming cells and tissue. At the same time, middle-aged female mice receiving high-doses of rapamycin were less likely to develop other types of cancer.

The transient rapamycin treatment also changed the composition of the microbiome –the collection of bacteria and other microbes – in the guts of the mice.  They had more segmented, filamentous bacteria of a type not usually present in high numbers in aged mice.  While these bacteria are not invasive, they adhere tightly to the cells of the intestinal wall and may encourage the formation of immune cells in the mouse.  Otherwise, the influence of this gut microbiome change from rapamycin on the health of an animal, for good or bad, and whether the same thing happens in humans, has not been determined.

“The microbiota changes are an intriguing finding,” Treuting said, “and will be an exciting area of future aging interventional research.”

Kaeberlein explained that he and other researchers are interested in whether rapamycin could be given effectively short-term in people and their pets. Kaeberlein also heads studies of rapamycin treatment in canines in the Dog Aging Project.

“We were pleased to see that the initiation of rapamycin treatment at middle age, rather than the full lifespan of the mice, had an effect,” said Treuting.

The research paper noted that the robust influence on lifespan in this brief treatment study is comparable to effects previously reported for life-long treatment.

“Transient treatment regimens such as this have obvious advantages for translational potential [clinical applications] for people – or dogs,” Kaeberlein said. “It’s much easier to imagine something that a middle-age, healthy person would take for three months every other year, or something like that, rather than a drug that a person would take for the rest of their lives.”   Short-term treatment would be less costly and more practical for most patients.

The data in this study also points to carefully considering the patient’s gender in the effort to optimize treatment, and to more deeply looking into the effects of drugs similar to rapamycin (mTOR inhibitors), which are now used for a variety of clinical purposes, on predilection for and protection from different  types of cancer.

“The importance of evaluating potential risks and adverse side effects when developing interventions to promote healthy aging should not be underestimated,” the research team concluded in their report.