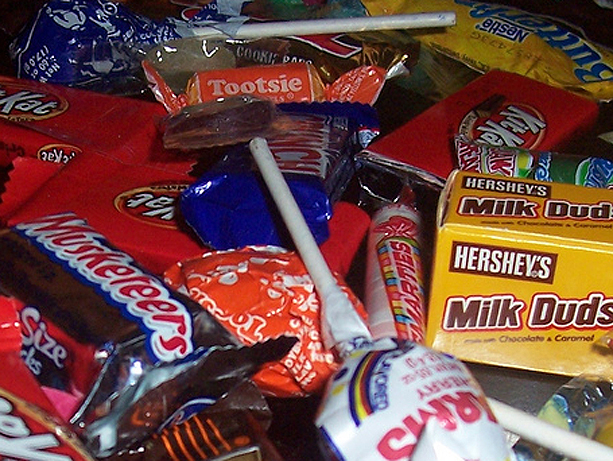 A young donor to the University of Washington got quite a bang for his seven bucks this week.

Anders Clark, a first-grader at Seattle’s Bryant Elementary School, earned $7 for turning in Halloween candy to his dentist. He, in turn, donated the money to a UW fund that helps provide pediatric dental care for families in a financial bind.

Steve Steinberg
Rebecca Slayton presented Anders Clark with a certificate recognizing his gift and took him on a brief tour of The Center for Pediatric Dentistry, the department’s clinic and research center at Magnuson Park.
picture of Rebecca Slayton of UW Dentistry and Anders Clark

On Monday, Anders, 6, presented cash to Rebecca Slayton, chair of the UW’s Department of Pediatric Dentistry.

“This is such a nice thing for you to do,” a beaming Slayton told Anders, who was accompanied by his mother, Danielle Clark, and brother, Garrett, 2. Clark, a philanthropy consultant, and her husband, Greg, added their own $100 contribution to Anders’ gift. The family’s gift will be matched by Boeing, where Greg Clark works as an engineering manager.

The donations will go to the Peter K. Domoto Fund for Children, which defrays the cost of children’s dental care at the UW when their families can’t afford it. The fund is named after a UW dental alumnus who chaired the department from 1977 to 2002 and became known for his work on behalf of children who lacked access to dental care.

“We try to pick an activity every year that helps Anders learn how to give back,” said Danielle Clark, a UW alum like her husband. She learned about the fund from a Ravenna neighbor, Seattle dentist Jerry Murphy, who is also a UW dental graduate.

After Halloween, Anders collected his candy and turned it in, along with the family’s own leftover candy, for a $1-a-pound bounty at Greenlake Kids Dentistry. He kept only a small bowl for himself, mostly Snickers bars.

A little bashful amid a gaggle of strangers, Anders was reluctant to talk about his gift. However, he took to the idea of the donation right away, said his mom, who described how she had broached the subject.

“I told him how some kids and their families didn’t have enough money to pay for the dentist and for a new toy. But now maybe a kid could have a toy for Christmas instead of having to pay for a filling.”