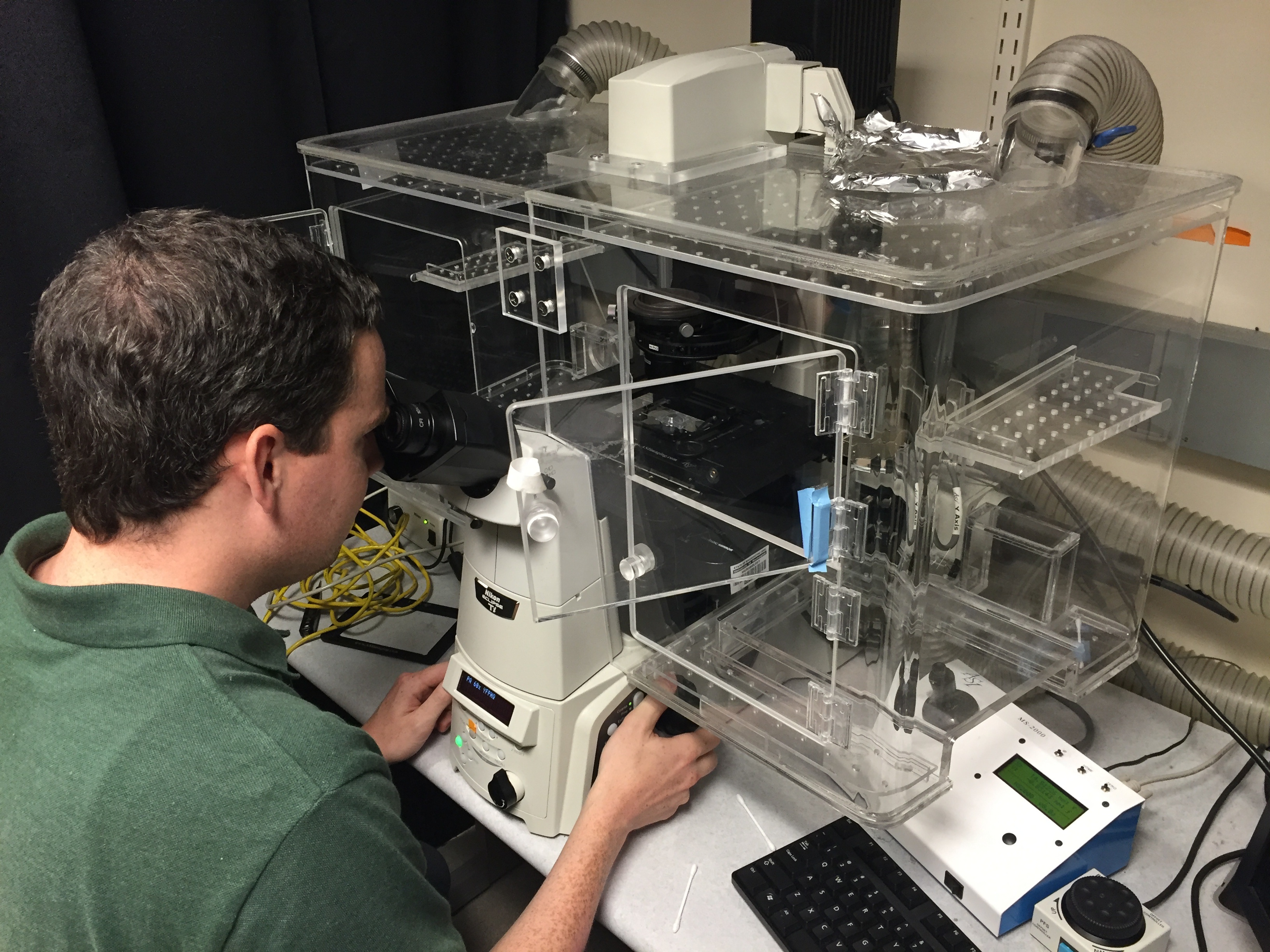 A deceptively simple bacterium that survives in many types of environments has a sophisticated strategy to get rid of its competitors.  Reporting this week in the journal Cell, a University of Washington-led research team tells how Pseudomonas aeruginosa  delivers a fatal toxin directly into other bacteria.

To gain entry into the cell, the researchers observed, this toxin exploits one of the victim cell’s own vital proteins.  This protein usually has the job of making other new proteins to keep the cell alive.

Pseudomonas aeruginosa is a single-cell organism that causes difficult-to-treat infections in those whose immune systems are weakened, as well as in patients with serious burns or in people with cystic fibrosis.  In earlier studies, scientists learned that this species makes a molecular machine resembling a syringe on the surface of its fellow microorganisms.  It then injects a murderous toxin.

Among those studying this phenomenon is a team led by Joseph Mougous, UW associate professor of microbiology and a Howard Hughes Medical Institute investigator.

The researchers explained that, in most cases, the toxin doesn’t make it all the way to the inner compartment of the cell. Instead it acts in the space between the inner and outer membrane that surrounds many species of bacteria

In trying to figure out the nature of the toxins delivered through this syringe mechanism, John Whitney, a postdoctoral fellow in Mougous' lab, found one that was harmful to targeted cells only when in was present in their inner compartment.  He showed that its destructive power came from its ability to break down a molecule essential to growth not only in bacteria, but in all life forms.

Yet he and his colleagues wondered: Hoe does this toxin get past the inner membrane into the central cellular compartment?

How the interaction between the toxin and an essential cellular protein helps the toxin get through the inner cell membrane is still not understood. Whitney, Mougous and their colleagues suggest that exploiting an essential protein present in all bacteria gives the toxin a couple of advantages.

“It allows the toxin to reach a wide range of target species, “ the researchers noted. “It also reduces the possibility for competitors to develop to resistance to the toxin, because small changes in EF-Tu that might disrupt binding of the toxin could also disrupt the essential function of the protein.”

Research on how bacteria protect their place in their microbial communities may suggest new approaches for developing antibiotics.

This work was supported by National Institutes of Health grant AI080609.