Participants in a preliminary study received naltrexone injections and set their own treatment goals. Sobriety was not required.
Leila Gray
05/20/2014 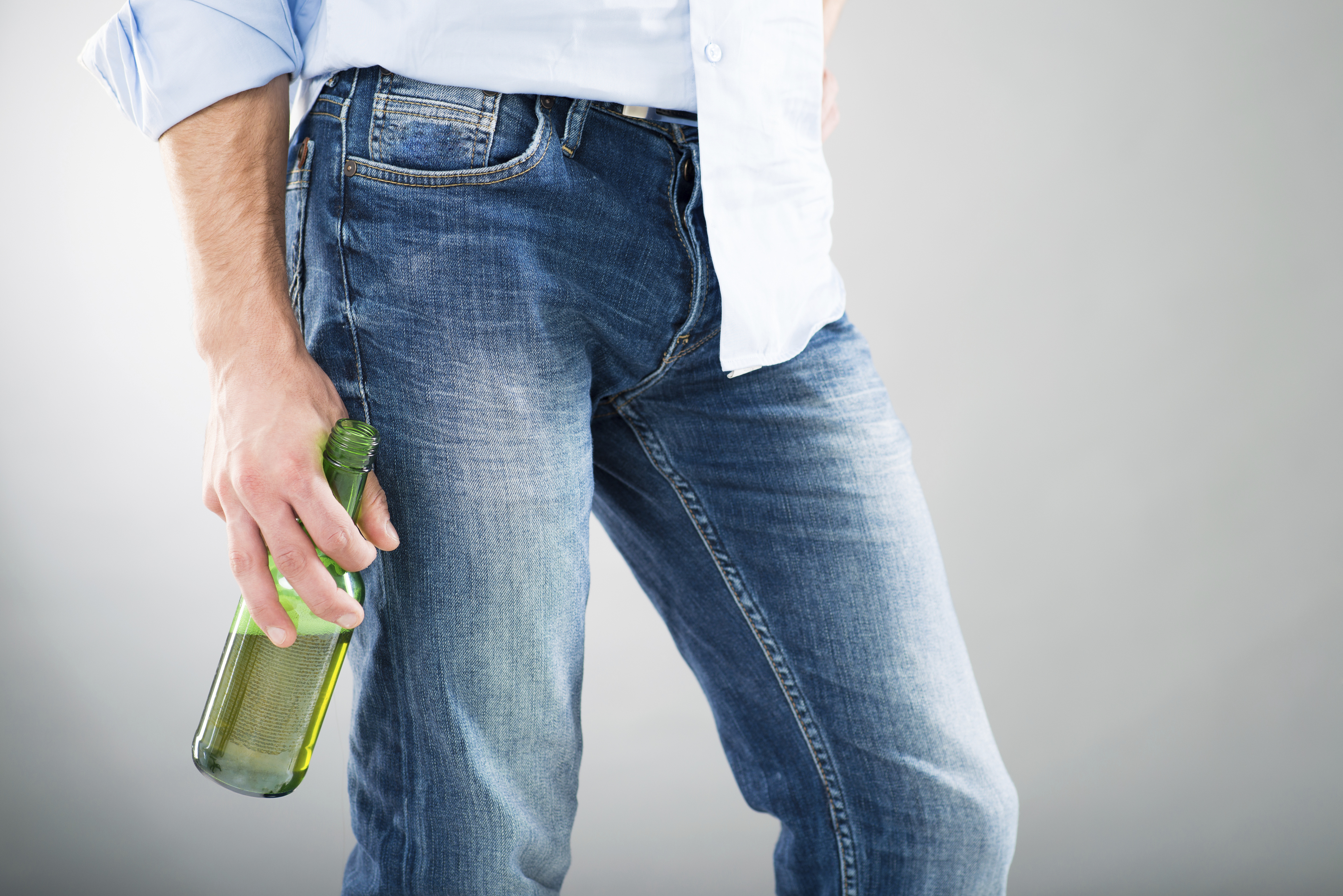 Chronically homeless, alcohol-dependent individuals might benefit from a new intervention that does not require them to stop or even reduce drinking, according to the results of a preliminary study in Seattle.

Participants in the 12-week pilot program received monthly injections of an anti-craving medication, extended-release naltrexone. They also met regularly with study physicians to set their own goals for treatment and to learn to be safer in their use of alcohol.

"Abstinence-based alcohol treatment has not been effective for or desirable to many homeless people with alcohol dependence ," said Susan Collins of the University of Washington Department of Psychiatry and Behavioral Sciences. She is the lead researcher on a recently published report in the journal Substance Abuse.

The expectation that clients must change their drinking habits has been a barrier to engagement in alcohol treatment. The paper reviews the methods and findings on a new strategy for homeless clients who are not yet ready or able to stop or cutback on drinking. People who have no permanent place to live and who are also alcohol-dependent often have several health, social, economic, legal and other problems. The study authors noted that homeless people also frequently use costly, publicly funded services, like the jail or emergency medical services.

Collins explained that her team wanted to test a new treatment to see if it would be feasible to offer, acceptable to people with this background, and capable of measurably improving their lives.

The medication chosen for this study, unlike some anti-abuse drugs, does not cause a negative reaction if alcohol is ingested, nor do clients undergo behavioral therapies that make the smell or taste of alcohol aversive. Instead, Collins said, naltrexone figuratively "acts as a pacifier to quiet brain receptors that are crying out for more alcohol." The medication safely reduces craving in active drinkers.

The counseling approach had a non-judgmental, empathetic style. Unlike traditional treatment, in which participants are expected to embrace goals of sobriety or temperance, participants were completely in control of their own treatment goal-setting.

They were not specifically asked if they wanted to reduce their alcohol use, but were asked instead, "What would you like to see happen for yourself?" Many participants spontaneously mentioned that they did not want to drink so much. Among the participants' other treatment goals were reconnecting with their families, finding work or volunteer positions, ameliorating their health problems, and improving personal hygiene.

The counselors also went over safer drinking strategies from which participants could freely choose. These tips reduce the negative effects of alcohol consumption. One strategy is to buffer the effects of alcohol on the body (for example, by drinking nonalcoholic beverages while consuming alcohol to stay hydrated, eating before and during alcohol consumption to slow absorption into the bloodstream, taking B-complex vitamins to lessen cognitive problems). Another strategy is to change the way one drinks (such as avoiding drinking nonbeverage alcohol like hand sanitizer, drinking in a safe place to reduce the odds of being a crime victim, not mixing drinks and drugs). A third strategy is choosing not to drink during some parts of the day or to slowly taper to reduce or stop.

"Suddenly stopping drinking can be a serious hazard for people with severe alcohol dependence. Often their bodies literally depend on alcohol to survive," Collins said. Among people who are physically dependent, complete alcohol withdrawal should take place in a clinic or hospital setting where the patient can receive medical support. Even when alcohol withdrawal is achieved under the direct care of health professionals, many homeless clients start drinking again when they return to the streets. A cycle of going on and off the wagon can produce what Collins said is a "kindling effect" that makes the symptoms of each subsequent withdrawal more intense.

To test what they hope is a better way to help alcohol dependent homeless clients, the researchers approached 45 clients at two community agencies in the Pacific Northwest; 43 said they were interested. A first injection of naltrexone was received by 31 of them, and 24 participated in all study procedures. The participants said that they found the treatment acceptable. The outcomes of the treatment reported or measured among the participants included decreases in alcohol craving (33%), drops in amount of alcohol consumed on typical and peak drinking days (25% and 34%, respectively), decrease in frequency of alcohol use (17%) and decrease in problems associated with alcohol use (60%). Participants' use of alcohol during the 12-week program was also assessed through regular blood and urine testing, which confirmed participants' self-reports.

The study participants were a median age of 50 years and were mostly men. American Indian/Alaska Native/First Nation participants made up 35.5% of the study group and Caucasians, 38.7%, and another 12.9% identified themselves as multi-racial. The percentage of African Americans was 9.7%, and of Hawaiian Natives/Pacific Islanders, 3.2%. There were no Asian participants in the study.

Researchers were careful to say that the results of the program may reflect the specific culture and demographics of the homeless population in Seattle. Conclusions can't yet be fully drawn for homeless populations in other parts of the country. The researchers plan to test this therapeutic approach in locations outside of the Seattle area.

Overall, the team concluded, "We think the initial results suggest that extended-release naltrexone and harm reduction counseling is a promising means of supporting reductions in alcohol use and in reducing alcohol-related harm among chronically homeless, alcohol-dependent individuals."

"At the same time," they cautioned, "the findings should not be over-interpreted. This was a small, single-arm, open-label study. Larger-scale, well controlled studies are needed to test treatment efficacy."
The team is now conducting a randomized controlled trial sponsored by the National Institute on Alcohol Abuse and Alcoholism to confirm these preliminary findings.

In addition to Collins, other researchers on this initial study were Mark H. Duncan, Brian F. Smart and Richard K. Ries, all of the UW Department of Psychiatry and Behavioral Sciences, who also practice at Harborview Medical Center; Andrew J. Saxon of the Veterans Affairs Puget Sound Health Care System; Daniel K. Malone of the Downtown Emergency Service Center; and T. Ron Jackson of the University of Washington School of Social Work and Evergreen Treatment Services.

The research was supported by grants from the UW Alcohol and Drug Abuse Institute, the UW Center for Healthcare Improvement for Addictions, Mental Illness and Medically Vulnerable Populations, and a Career Transition Award to Collins from the National Institute on Alcohol Abuse and Alcoholism.