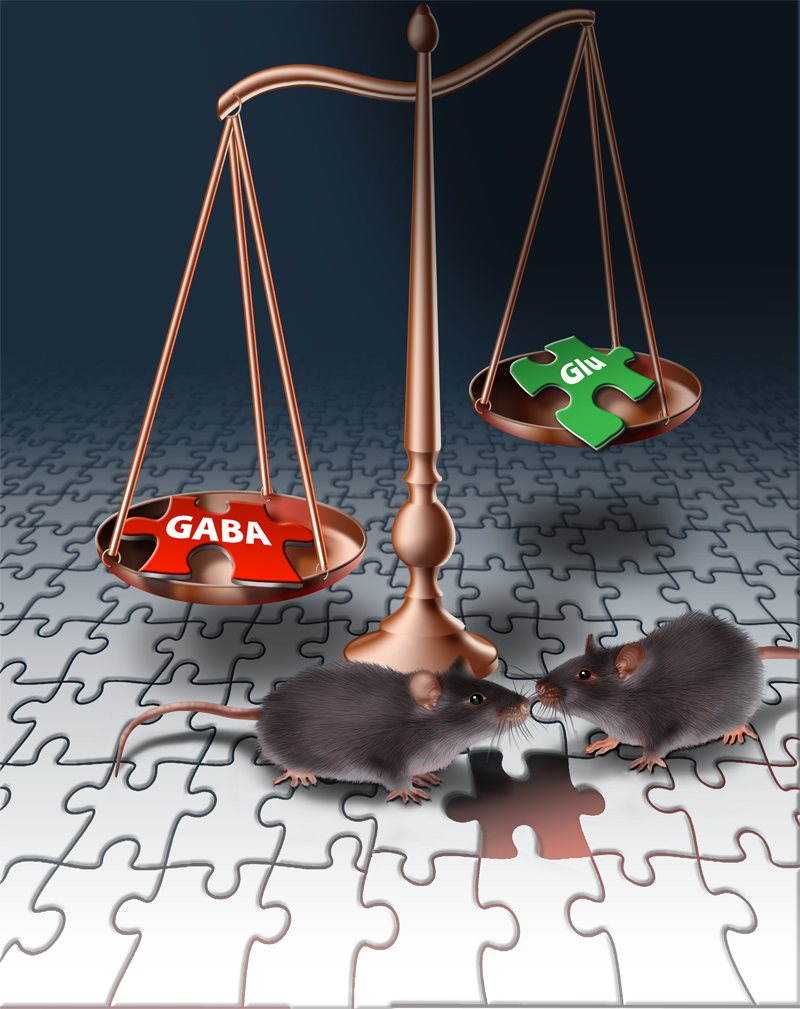 A well-known class of drugs used to treat anxiety and epileptic seizures might provide a new therapeutic approach to managing autism. This prediction is based on mouse studies reported in the March 19 issue of the CELL journal Neuron.

“These are very exciting results because they suggest that existing drugs, called benzodiazepines, might be useful in treatment of the core deficits in autism,” said senior author William Catterall, professor and chair of pharmacology at the University of Washington.

These deficits include repetitve behaviors and difficulty relating to others. The condition is often accompanied by specific learning problems. Catterall explained that a particular, well-studied strain of mice acts in ways that resemble these autistic traits.  Scientists are interested in their brain chemistry.

“Our results provide strong evidence that increasing inhibitory neurotransmission is an effective approach to improvement of social interactions, repetitive behaviors, and cognitive deficits in a well-established autism animal model that has some similar behavioral features as human autism,” Catterall said.

Therapeutic approaches to treat autistic traits in animal studies or in clinical trials have primarily tried to reduce the activity of excitatory neurons. Such efforts have had only modest success to date. The results reported by Catterall and his colleagues suggest that augmenting the activity of opposing, inhibitory neurons could be an alternative strategy.

Clinical trials of classical benzodiazepines and next-generation drugs that have a similar mechanism of action are now needed to determine whether the researchers’ findings in mice are relevant to humans. Astra-Zeneca and the National Institutes of Health have initiated one such trial.