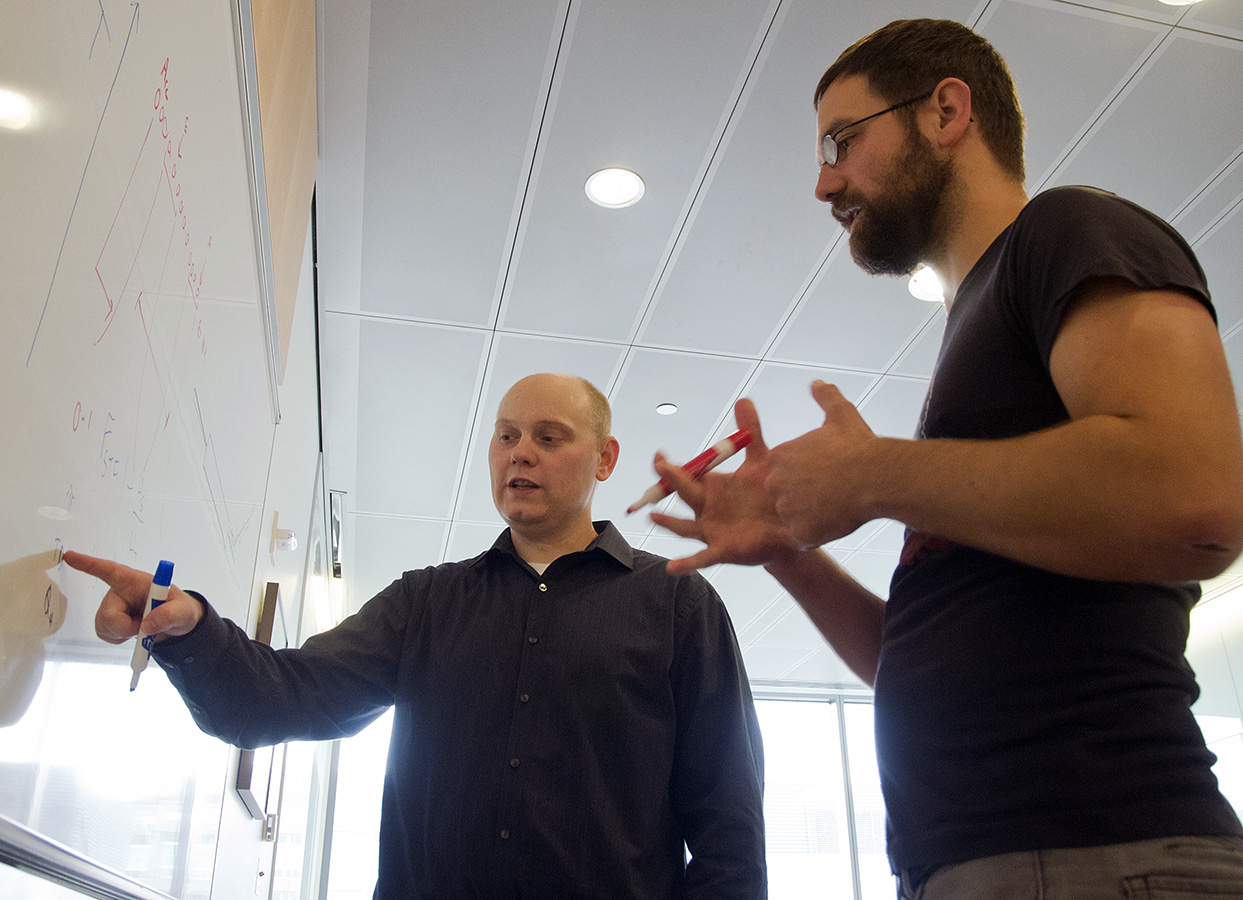 The archaic Denisovan and Neanderthal DNA that persists in modern individuals from the Pacific islands of Melanesia could be a source of new information about early human history, according to a report published this Thursday, March 17, in the Early Release edition of Science.

Equally as informative, according to Joshua Akey, a UW Medicine expert on human evolutionary genetics, are regions where DNA from extinct, human-like species has vanished from the genome and has been replaced with sequences unique to people.

Denisovans are related to, but distinct from, Neanderthals. This prehistoric species was discovered less than a decade ago through genetic analysis of a finger bone unearthed in northern Siberia. Named for the mountain cave where that fossil, and later, two teeth, were found, Denisovans became a new addition to our ancient cousins on the evolutionary tree.

Substantial amounts of Denisovan DNA have been detected in the genomes of only few present-day human populations so far.  They are all living in Oceania, thousands of miles away from that Siberian cave.

“I think that people (and Neanderthals and Denisovans) liked to wander,” said Benjamin Vernot, a UW postdoctoral student in genomic sciences who led the project.  “And yes, studies like this can help us track where they wandered.”

“Denisovans are the only species of archaic humans about whom we know less from fossil evidence and more from where their genes show up in modern humans,” Akey said.

Denisovan DNA could make up between 2 percent to 4 percent of the genome of a native Melanesian.  Lower levels of Denisovan ancestry, other recent studies suggest, may be more widespread in the world.

Akey, a University of Washington professor of genome sciences, and Svante Paabo, of the Department of Evolutionary Genetics at the Max-Planck-Institute for Evolutionary Anthropology, oversaw the Melanesian genome project. It was a collaboration with researchers in medicine, anthropology, statistics and biotechnology from several other universities.

Many recent studies have tried to understand when and where archaic hominins and our modern ancestors co-existed and interbred.  Most of this research has been intent on cataloging Neanderthal gene sequences remaining in the genomes people of European or Asian descent.

According to Vernot, “Different populations of people have slightly different levels of Neanderthal ancestry, which likely means that humans repeatedly ran into Neanderthals as they spread across Europe.”
Where the ancestors of modern humans might have had physical contact with Denisovans is debatable. The best guess, Akey said, is that Denisovans may have had a broad geographic range that extended into East Asia. Early humans with both Denisovan and Neanderthal ancestry could have traveled along South East Asia.  Eventually, some of their descendants arrived on the islands north of Australia.

“Little is known about the organization and characteristics of Denisovan DNA in modern humans, which is why we wanted to study genome samples from Melanesians,” Akey said.

“We developed an approach to identify DNA inherited from multiple archaic hominin [human-like] ancestors, and applied it to whole-genome sequences from 1,523 geographically diverse individuals,” the authors wrote in their paper.  The analysis included the genomes of 35 individuals from 11 locations in the Bismarck Archipelago of Northern Island Melanesia, Papua, New Guinea.

With this study, Vernot explained, researchers advanced the understanding of archaic DNA in people beyond a single species of hominins.  Previously, researchers had located large regions of the genome where no humans carried any Neanderthal sequences.

“We now know that some of those regions are also devoid of Denisovan sequences, “ he said.  Vernot referred to those regions as “archaic deserts” that strengthen the argument that something there is uniquely human.  The size of those regions might mean that selection against archaic sequences  -- or other reasons for gene depletion -- was strong, maybe stronger than one might expect, Vernot said.

Those same regions on the modern human genome contain hundreds of genes, many of which have been linked to language, the brain and its development, and brain cells signals.

“These are big, truly interesting regions. It will be a long, hard slog to fully understand the genetic differences between humans, Denisovans and Neanderthals in these regions and the traits they influence,” Akey noted.
The research team also identified genes inherited from Neanderthals and Denisovans that conferred advantages to the ancestors of modern Island Melanesians. Five of these regions have immune-function genes that may have protected against local pathogens unfamiliar to recently arrived humans.

“The classification is tricky and not a trivial exercise,” Akey said, “Mislabeling could lead to erroneous conclusions.”

The authors also emphasized that no one study can tell a complete story.  This project, Akey said, helps realize the influence of hybridization with other species on the trajectory of human evolution.
“Some of the sequences modern humans inherited from Neanderthals and Denisovans helped our ancestors survive and reproduce,” Akey said.

This type of study gives perspective on human expansion across Eurasia, and possibly what sort of conditions those humans encountered on their way, Vernot said.  He also mentioned that the work “demonstrates how we can learn about human history, and our archaic relatives, by studying ancient and modern DNA.”

This research project was supported by a National Institutes of Health grant (5R01GN110068), a National Science Foundation fellowship (DBI-1402120), a Deutsche Forschungsgemeinschaft grant (SFB1052, project A02), and the Presidential Fund of the Max Planck Society.