Students who drank the most on that occasion consumed more alcohol in the year that followed, UW Medicine study shows
Rebecca Lynn Sladek
01/12/2017 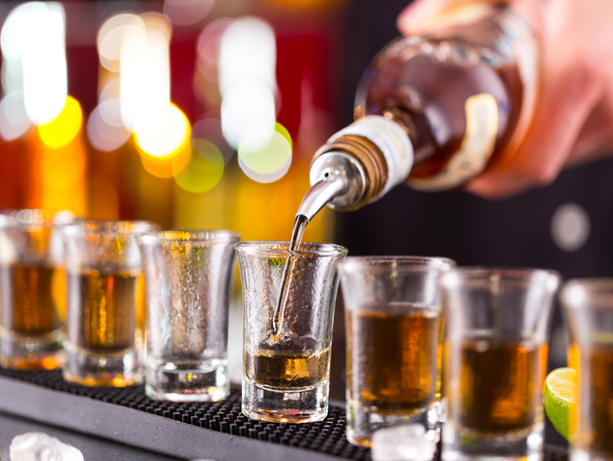 Students who binge-drink on their 21st birthday are more likely to drink heavily in the future, according to research published this month in Addictive Behaviors. (The study was published online in 2016.)

UW Medicine investigators in Psychiatry and Behavioral Sciences analyzed data from a group of 600 undergraduate student drinkers who were followed from one month before their 21st birthday to one year after.

Students who drank the most on their 21st birthday also reported consuming the highest amounts of alcohol throughout the following year, the researchers found – even accounting for the subjects’ drinking habits before they turned 21.

This is the first study to show that drinking heavily on one specific occasion is linked to long-term increases in drinking.

Alcohol-related consequences such as vomiting, blacking out and neglecting responsibilities were also assessed. Accounting for prior drinking habits, students who drank more heavily on their 21st birthday experienced more of these consequences over the rest of the following year.

“We didn’t expect one day’s behavior to matter for an entire year of choices, but it did,” said Irene Geisner, the study’s lead author. She is an assistant professor of psychiatry and behavioral sciences at the University of Washington School of Medicine.

Celebrating a 21st birthday is often seen as a rite of passage, during which most people drink more than they intend to. In fact, students typically consume more alcohol on their 21st birthday than during any other event. In this study, the average number of drinks consumed was 9.6, likely an underestimate of typical drinking behavior as the majority of study participants received an intervention.

The study builds on a body of work led by Christine Lee, a UW research professor of psychiatry and behavioral sciences. She has studied whether specifically timed interventions can reduce drinking during specific high-risk events and overall general drinking. Her team has developed in-person and web-based event-specific interventions for 21st birthdays and spring break.

“There’s a long-range public health benefit to designing effective interventions for 21st birthday drinking, or any event when young adults drink heavily,” Lee said. “The recent findings suggest that event-specific alcohol interventions may have an even greater utility and thus be more cost-effective than we previously thought.”

Lee and Geisner both work in the Center for the Study of Health and Risk Behaviors.

[Kate Wilburn contributed to this report.]

UW Medicine is one of the top-rated academic medical systems in the world. With a mission to improve the health of the public, UW Medicine educates the next generation of physicians and scientists, leads one of the world’s largest and most comprehensive medical research programs, and provides outstanding care to patients from across the globe. UW Medicine’s four hospitals—Harborview Medical Center, Northwest Hospital & Medical Center, University of Washington Medical Center and Valley Medical Center—admit more than 63,000 patients each year. A network of hospital-based and outpatient clinics, including 12 UW Neighborhood Clinics, sees more than 1.3 million patients each year.

The UW School of Medicine, part of the UW Medicine system, leads the internationally recognized, community-based WWAMI Program, serving the states of Washington, Wyoming, Alaska, Montana and Idaho. The UW School of Medicine has been ranked No. 1 in the nation in primary-care training for more than 20 years by U.S. News & World Report. It is also second in the nation in federal research grants and contracts with $727.5 million in total revenue (fiscal year 2015) according to the Association of American Medical Colleges.

UW Medicine has 26,000 employees and an annual budget of nearly $5 billion. Also part of the UW Medicine system are Airlift Northwest and the UW Physicians practice group, the largest physician practice plan in the region. UW Medicine shares in the ownership and governance of the Seattle Cancer Care Alliance with Fred Hutchinson Cancer Research Center and Seattle Children’s, and also shares in ownership of Children’s University Medical Group with Seattle Children’s.