Men with prostate cancer that spreads, compared to localized forms, are more likely to carry mutations like those linked to breast or ovarian cancer
Leila Gray
07/06/2016 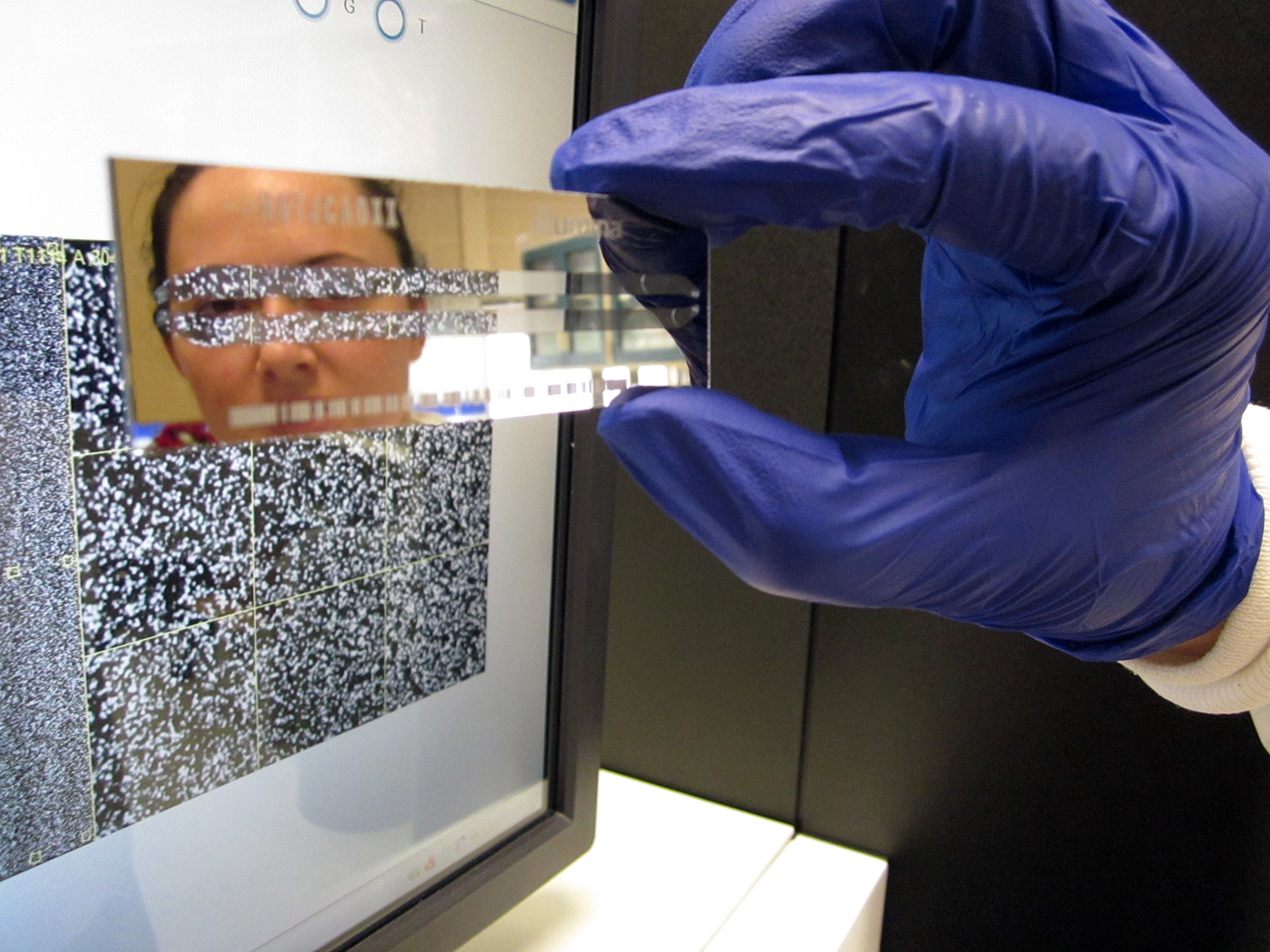 The incidence of inherited DNA-repair gene mutations appears to be significantly higher among men with more aggressive prostate cancers, according to a report today, July 6, in the  New England Journal of Medicine.

“The take home message,” said Dr. Colin Pritchard, University of Washington associate professor of laboratory medicine and a UW Medicine physician scientist, “is that inherited causes of metastatic prostate cancer may be more common than we originally thought.”

Pritchard is the lead scientist, and Dr. Peter Nelson, UW professor of medicine, Division of Oncology and a Fred Hutchison Cancer Research Center investigator, is the senior author, along with several others, of the multi-institutional study.

Among the 692 patients with advanced prostate cancer who were analyzed, 82 men, nearly 12 percent, had presumably harmful DNA-repair mutations. These mutations were found among 16 genes. In other patient populations, some of these genes have been associated with breast, ovarian, pancreatic and other cancers.  The genes include BRCA2, ATM, CHEK2, BRCA1, RAD51D and PALB2.

Like diligent proofreaders, these repair genes correct errors during the copying of the genetic code in a person’s cells.  If a DNA-repair gene itself is defective and malfunctions, mistakes can slip by, sometimes allowing cells to divide and multiply abnormally and relocate elsewhere, a hallmark of serious cancer.

Among 499 men with localized prostate cancer who underwent genetic testing, most of whom had high-risk disease, the prevalence of DNA repair gene mutations is 4.6 percent.  In the Exome Aggregation Consortium, which includes more than 53,000 men without a known cancer diagnosis, the prevalence was 2.7 percent.

Testing men with metastatic prostate cancer for DNA-repair gene mutations could assist in predicting the results of therapeutic options, Pritchard said.  Men with metastatic cancer who have such mutations have been reported to have sustained responses to PARP inhibitors, now approved for ovarian cancer, and platinum-based chemotherapy, the researchers noted.

“We need more data, but the initial findings offer a biological rationale for looking more closely at these drugs for metastatic prostate cancer,” Pritchard said. The hope is that eventually tests to uncover DNA-repair gene defects might point to clear, precision medicine treatment pathways.

The researchers also observed that the frequency of the mutations among the men in their study did not differ according to age or family history of prostate cancer.  This finding, too, might influence clinical practice and be of help to a patient’s offspring and other relatives.

“Usually men are asked by their doctors if they had male relatives who had prostate cancer, but not about any female relatives with breast or ovarian cancer,” Pritchard said. The same inherited gene mutation might predispose various members of a family to different types of cancers.

“Detecting a DNA-repair gene mutation in a man with metastatic prostate cancer may have implications for his family, males as well as females, in looking at their own cancer risks,” said Pritchard, who is the associate director of the genetics and solid tumor clinical laboratory at UW Medical Center.

He added that it is a matter of public education to help people realize that mutations in genes usually regarded as related to breast cancer or ovarian cancer do occur in men.  If he could design a news magazine cover, he said, it would say, “Breast cancer genes are for men, too.”

“There’s not a lot of awareness of this,” Pritchard said, “Their effects are just not as well understood in men. They were once thought to be rare, but they are not as rare as previously thought.”

He also explained that prostate cancer is among the most heritable of cancers in people.  Genetic factors might account for  about 57 percent of the difference in risk across individuals. Genomic studies have discovered more than 100 widely occurring genetic variants in families who have a greater than average incidence of prostate cancer.

Prostate cancer is very common. In their lifetimes, 1 in 7 men will be diagnosed with the condition.  Its natural history is varied.  Some low-grade forms cause no trouble for decades after they are diagnosed, other cases progress quickly and are lethal, Pritchard said. Genetic and clinical variability has posed obstacles to discovering useful test markers and designing screening strategies that lead to neither overtreatment nor under-detection.

The prognosis for prostate cancer is often evaluated through a Gleason score on a biopsy, or sample of prostate tissue.  If the sample looks more like normal tissue, it gets a low score. The less it resembles normal tissue, the greater the score and the more likely it is to spread.

Because DNA repair gene mutations are linked with both clinically aggressive disease and high Gleason scores, and because the findings might suggest using already available treatments, the researchers proposed routinely examining all men with metastatic prostate cancer for the presence of these gene mutations.  They emphasized the importance of counseling on the known and unknown significance of specific test results.

The data for the study came from seven case series of men with prostate cancer from many institutions in the United States and the United Kingdom.  The case series included the Stand Up to Cancer-Prostate Cancer Foundation International Prostate Cancer Dream Team discovery and validation groups, the Royal Marsden Prostate Cancer Genomics cohort, patients from the University of Washington and the University of Michigan rapid autopsy programs, the Weill Cornell Medical College precision medicine program, and the Memorial Sloan Kettering Integrated Mutation Profiling of Actionable Cancer Targets study.

In their published research article, “Inherited DNA-Repair Gene Mutations in Men with Metastatic Prostate Cancer,” the researchers expressed their thanks to the men who participated for helping scientists obtain a better understanding of the role of genetic predisposition in advanced prostate cancer.