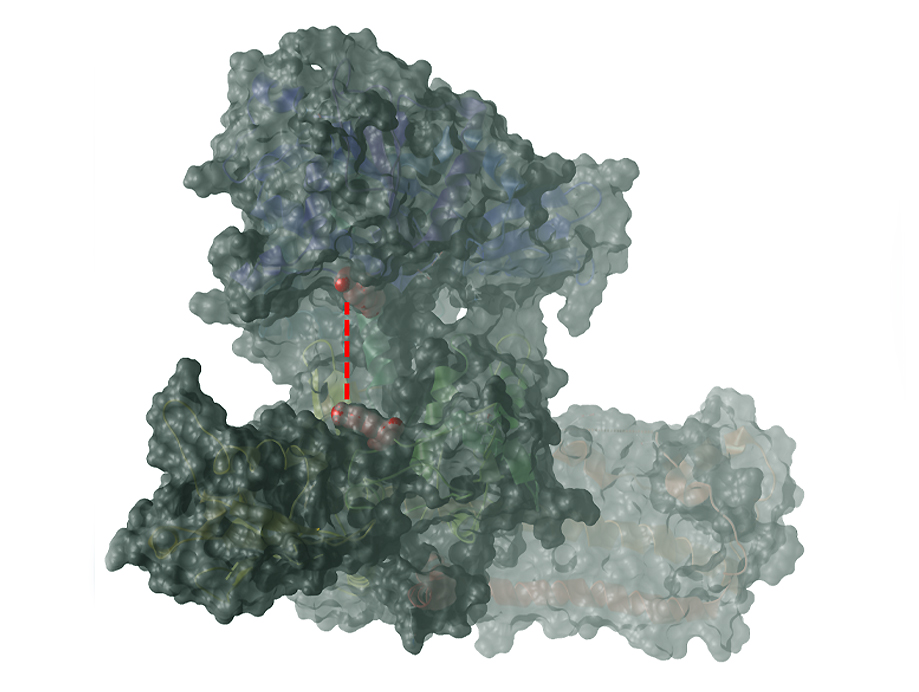 Chemotherapy resistance is a common reason for cancer treatment failure. Subtle alterations in the molecular machinery of cancer cells may help explain how they fend off the drugs administered to destroy them.

University of Washington researchers were able to find such changes with a technique that detect how proteins interact with each other inside cells.

To understand how cells function you need to know how proteins work together, said James E. Bruce, UW professor of genome sciences who led the project.

“Proteins don’t work alone,” he explained.  “They function as components of multi-protein complexes, like the parts of a complicated machine.”

To examine the workings of these molecular machines, Bruce and his colleagues use a technique that creates chemical cross-links between amino acid side chains on the surfaces of proteins. Because these cross-links can occur only between specific sites that are within close physical proximity, they can be analyzed with mass spectrometry.  From this information is it possible to construct an “interactome network map” that shows the complex protein-protein interactions going on within living cells.

In their latest work, the researchers looked at differences in protein levels and protein interactions in cells from two cancer cell lines, one of which had been exposed to a cancer drug called irinotecan to induce chemotherapy resistance. Irinotecan targets an enzyme, called topoisomerase-1, or TOP1 for short, that is involved in DNA replication and that is essential for cell division. When TOP1 is inhibited, breaks form in the cell’s DNA. This damage, in turn, triggers a process that causes cells to self-destruct.

The analysis uncovered a number of intriguing changes in the protein interactions within resistant cells. These included changes in interactions of proteins involved in the regulation of gene expression, DNA repair, and in the cellular self-destruct machinery. Of particular interest, there was a slight change in an enzyme called topoisomerase-2-alpha, which like TOP1, is involved in DNA replication.

This enzyme, nicknamed TOP2A, is known to have increased activity in irinotecan-resistant cells. This presumably helps the cell compensate for the loss of the TOP1 activity that occurs when the cell is exposed to irinotecan. The researchers found  no significant increase in the abundance of TOP2A protein within the resistant cells,  but noticed an increase in cross-linked amino acids within the active site of the enzyme. This suggested that the protein had changed shape.

“This change falls within an area called the DNA gate, where the enzyme binds to DNA and does its business,” Bruce said. Further analysis showed that TOP2A was 2.5 times more active in resistant cells. The finding illustrates how detecting a change in the shape of TOP2A with chemical cross-linking is reflective of the increased enzymatic activity that can compensate for the loss of TOP1 activity during chemotherapy and allow the cells to survive.

“You couldn’t have gotten this information by just measuring gene expression and protein levels,” Bruce observed. “You can only get it by looking at these cross-linked pairs to see how the parts of these molecular machines fit together and change with acquired chemoresistance.”

In future studies, the researchers will look at changes in protein interactions in cancer cells that are resistant to other drugs, but, Bruce added, “This interactome approach can be applied to address a wide range of questions including basic cellular biology, host-pathogen interactions and bacterial virulence.”

The paper appears in the journal Nature Communications. Juan D. Chavez, a UW research scientist in genome sciences, was the lead author.