“It's usually made to look like pills, so it has this image of safety. But it is profoundly strong and has very, very high risk for both addiction and overdose. And it's really just flooding the market,” says Banta-Green. He is the principal research scientist at the Addictions, Drug and Alcohol Institute (ADAI), within in the Department of Psychiatry and Behavioral Medicine at the University of Washington School of Medicine.

The probability of illegally-purchased pills containing fentanyl has grown extremely high, he says. “If you didn't get that pill from a pharmacy, it is 99% likely to be fentanyl, and there's no way for you to tell." 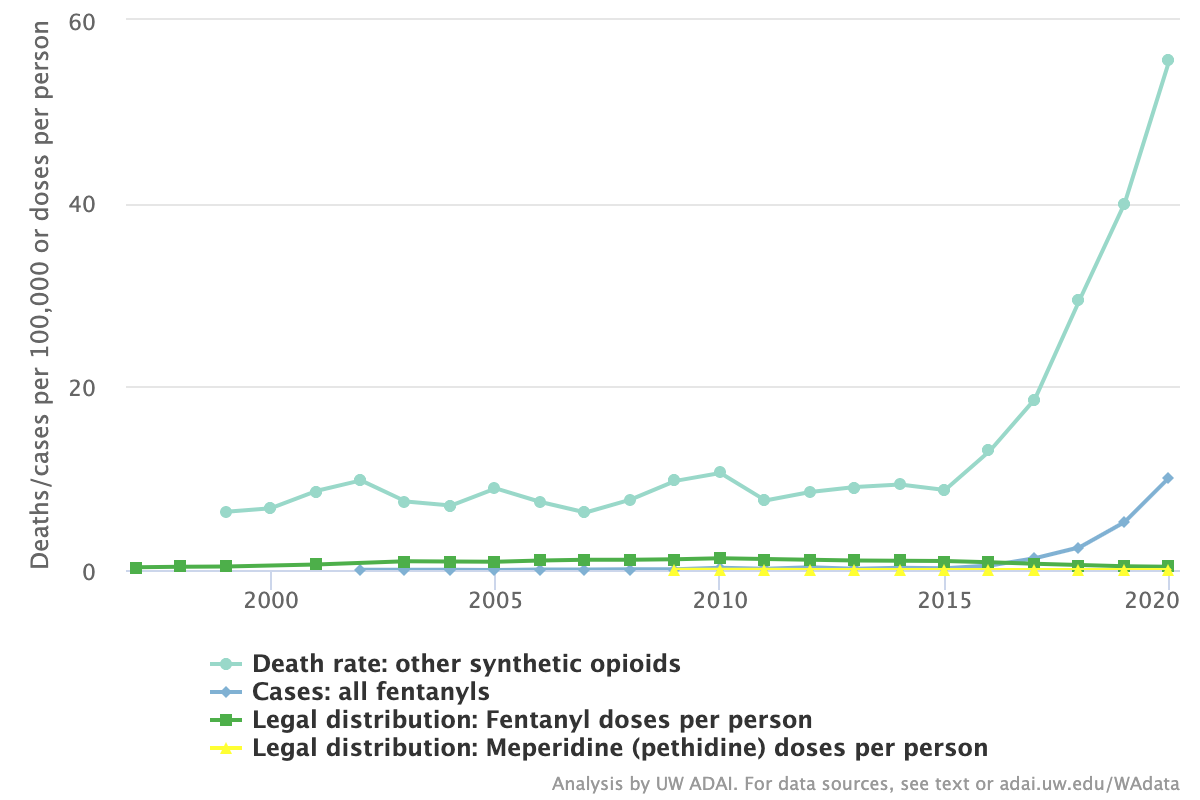 An important factor in the fight to slow the momentum of fentanyl is minimizing the stigma for people who are battling an addiction.

“The vast majority of people don't want to be using," says Banta-Green. "They want to reduce their use, they want to stop their use, but they're not currently able to access services. And part of that might also be that when they do ask for help from friends and family, there's a lot of shame and stigma that kind of pushes them back into the shadows.”

Read a related Q&A  with Banta-Green about the growth in fentanyl use.