After her stepson’s death at age 20, Nancy Balin urges men not to shy away from reporting symptoms of testicular cancer. 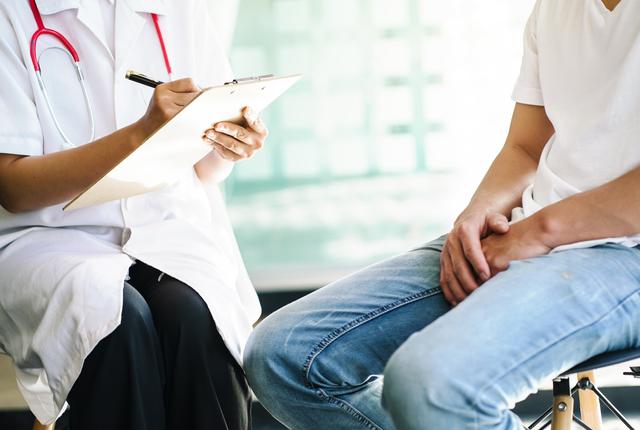 Getty Images
Testicular cancer is often not detected at an early stage because men are embarrassed to talk about their swollen testicles.

Nancy Balin first thought something was amiss with her stepson, Jaimeson Jones, when he keeled over at the end of a long-distance run during his middle-school years.

“I thought at the time that he might have not been wearing good running shorts which gave him enough support around his testicles,” Balin said. She asked Jones' father to buy the boy more supportive shorts and didn’t think much more about it.

In 2005, Jones, a 14-year-old ninth-grader, was diagnosed with stage IV testicular cancer. He acknowledged that he had experienced swelling and pain in and around his left testicle for about a year but said nothing about it.

After several rounds of chemotherapy and multiple surgeries, Jones’ cancer soon was declared in remission.

"We thought we were done with cancer," she said.

Jones entered Washington State University in 2008, focused on his future, Balin recalled. The following May, though, the disease returned, and had spread to his lungs. A CT scan told the grim story.

"When I looked over the oncologists's shoulder, at the scan, it looked like the night sky with stars. But all those stars were tumors," she remembered.

“Testicular cancer is a bit different than other cancers. It’s better if it comes back immediately,” she said. “Late relapse is not a good predictor of survival.”

Jones underwent standard chemotherapy, then high-dose chemotherapy and even a stem-cell transplant. Despite these efforts, in 2010, he died at age 20.

Balin channeled her grief into a campaign to inform the public of the facts of testicular cancer:

That last point is hugely frustrating for Balin. The disease often is not detected early because men don't want to talk about swollen testicles, and they resist seeking medical care.

“It’s rather a perfect storm of factors,” she said. “Men in this age group think they are invincible, they don’t want to go to a doctor and it’s embarrassing to talk about. Often the men dismiss it and wait for it to go away. Often it’s the girlfriend or partner who drags them to the doctor. That’s why I educate everyone about this, not just young men.”

“Most cancers strike at an older age, but testicular cancer is the most common cancer in this age group,” he said.  It also can affect a man’s fertility, even if it occurs in only one testicle, he added.

Some risk factors include being born with an undescended testicle or a genetic family history of this cancer. Caucasian males are more likely to develop the diseaser than Black or Latino males, according to the American Cancer Society.  Walsh recently talked about testicular cancer in the podcast Men’s Health Monthly.

After her stepson’s death, Balin transformed her grief into a public education initiative, and even employed humor to make her story approachable.

“We googled all the euphemisms for testicles and finally decided on one to use for the name of the foundation,” she said with a laugh. Today the Family Jewels Foundation provides scholarships for siblings of cancer survivors whose educational funds were diminished by the financial devastation of cancer treatment costs.

That’s one reason Balin set up the annual Family Jewels Kenmore Ball Crawl, which took place April 2, during testicular cancer awareness month.  The pub crawl raised $7,000.  Some of the money collected from this month’s event will go to UW Medicine Male Fertility Preservation Fund to help men with cancer and other urologic conditions preserve their fertility.

Men and women react differently to the foundation's name, Balin noted: Women laugh. Men try to change the subject, and look away.

"And that is what kills them," she said. "The embarrassment. The prudishness."

Find more information about testicular cancer at the American Cancer Society, and to find out more about Jones’ and Balin’s story.  More information on the UW Men’s Health or the Male Fertility Preservation Fund.