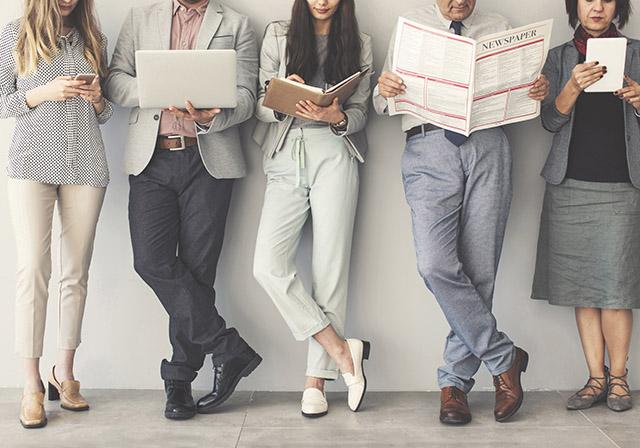 ‘Tis the season of declaring the most newsworthy developments in science and medicine for 2018. Several journals, academic associations and news organizations annually prepare lists of the year’s influential advances.

Here's some of the news from UW Medicine that landed on a few of these lists:

Several news organizations, including Slate, Science News, Business Insider and  MedicalXpress, named a study on the global burden of disease and injuries related to alcohol as one of their top 2018 news stories in scientific and medical research. The report by the Institute for Health Metrics and Evaluation in The Lancet concluded that there were no beneficial effects from alcohol consumption, only harmful ones. Emmanuela Gakidou, professor of health metrics sciences at the UW medical school and an IHME researcher, headed the international study. The findings overturned previous studies that suggested that consuming small amounts of alcohol may have health benefits, and instead pointed to no safe limit for drinking alcohol.  Science News called the results “sobering.”

Science News called a study on a once-daily capsule safely suppressing reproductive hormones in men its most read news story of 2018.  In the study of 83 men, within a month the treatment suppressed sperm production without resulting in troubling symptoms from a drop in testosterone. The preliminary findings make the prototype pill an appealing candidate for future studies of male contraception. Stephanie Page, professor of medicine at the UW School of Medicine, headed the research.

Eric Topol, editor-in-chief of Medscape, highlighted what he described as a few fast-moving areas of science in 2018 that have transformative potential in medicine. Under the category of genome editing, Topol gave as an example a study published in Nature and led by an M.D./Ph.D. graduate student at the University of Washington School of Medicine Greg Findlay, and by Jay Shendure and Lea Starita, both from the Brotman Baty Institute for Precision Medicine and the UW medical school’s Department of Genome Sciences. The researchers took the BRCA1 gene and systematically edited its nucleotides and assessed them for functional changes that might correlate with increased risk of cancer.  They were able to fast-track in one comparatively brief project what used to take years of family studies.

Nature magazine named a Science paper that revealed new differences between humans, chimpanzees and orangutans among its Choice Cuts from its News & Views articles of 2018.  Zev Kronenberg and Evan Eichler of the UW School of Medicine’s Department of Genome Sciences led the research, conducted with colleagues from UW Medicine and other institutions. By assembling higher quality genomes, the researchers found more than 17,000 structural differences specific to humans. Many of these structural variants disrupted genes, including several involved in brain cell function.  The findings added to knowledge about the genomics of great ape evolution.

Nature magazine readers voted for a News & Views article to be included in the 2018 round up.  The Reader’s Choice was a Nature paper from the UW Medicine Institute for Protein Design.  The researchers used a computational method to design proteins with a shape distinct from any found in the natural world. The new proteins could make certain fluorescent molecules glow. The protein engineers constructed a binding pocket in the protein that was specifically tailored for these small molecules. Jiayo Dou and Anastassia Vorobieva, both from the UW School of Medicine Department of Biochemistry, headed the project in the laboratory of David Baker, professor of biochemistry and a Howard Hughes Medical Institute investigator.

For readers of UW Medicine Newsroom, the most viewed news items of 2018 were:

6. Marketing, not science, informs notions of healthy care of teeth

7. Heroin use in Pacific Northwest linked to incurable kidney disease

9. Many kidney-failure patients must halt dialysis to receive hospice care