Lack of both transportation and interpreters can stall a clinic visit after an at-home test raises a red flag. 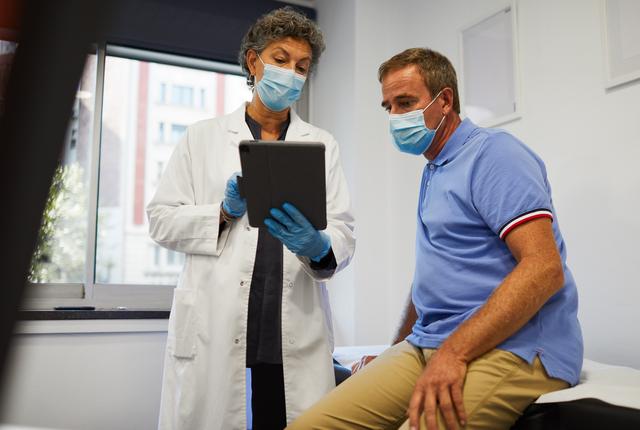 Getty Images
Lack of coordination between specialty care clinics and the primary clinics was also cited as a barrier to follow-up care.

Getting people into a medical clinic after they’ve had an irregular at-home colon-cancer screening result can be difficult or impossible for those facing transportation and language barriers, according to a new study published in JAMA Network Open.

Based in interviews with 21 primary-care providers and staff at Harborview Medical Center, key obstacles were:

“There are multiple barriers to colonoscopy completion,” said lead researcher Dr. Rachel Issaka, a UW Medicine gastroenterologist and researcher at the Fred Hutchinson Cancer Research Center. “So our solution needs to be multipronged.”

For patients experiencing homelessness, other factors came into play, such as lack of access to telephones or to restrooms to complete the bowel preparation.

Lack of coordination between specialty clinics and primary-care clinics was also cited, as were staffing shortages and insurance approvals.

Issaka and the paper's co-authors are studying the potential use of non-traditional transportation services for appointments, multilingual patient-education videos, and increased use of patient navigation services. The report noted “clear evidence that screening for colorectal cancer by stool-based tests is cost effective and saves lives; however screening remains underused, especially among members of the racial/ethnic minority groups and low-income populations.”

Currently the proportion of patients with abnormal FIT results who complete a diagnostic colonoscopy rarely exceeds 50% in most “safety net” hospitals such as Harborview, the report states.

At Harborview, a review of about 300 patients who received abnormal FIT results between 2014 and 2018 showed only 41% completed a follow-up colonoscopy within one year.  The goal of the U.S. Multi-Society Tasks Force is 80%.

At-home screenings and follow-up care are especially important for people with a family history of colorectal cancer and for Black people, who have poor colon-cancer outcomes relative to other populations, Issaka said. In the United States, Black people are 20% more likely than non-Hispanic white people to be diagnosed with the disease and about 40% more likely to die from it. In general, colon cancer is the third-highest cause of cancer deaths after lung cancer and breast and prostate cancer (tied at No. 2.)

Colon cancer, if diagnosed at an early stage, has a five-year survival rate of 90%. Yet it is estimated that only 65% of the U.S. population actually follows screening recommendations. Offering an at-home test increases colon-cancer screening participation by 22%, according to a 2018 study that Issaka led.