A new year – reason enough to try to giggle more

A new year – reason enough to try to giggle more 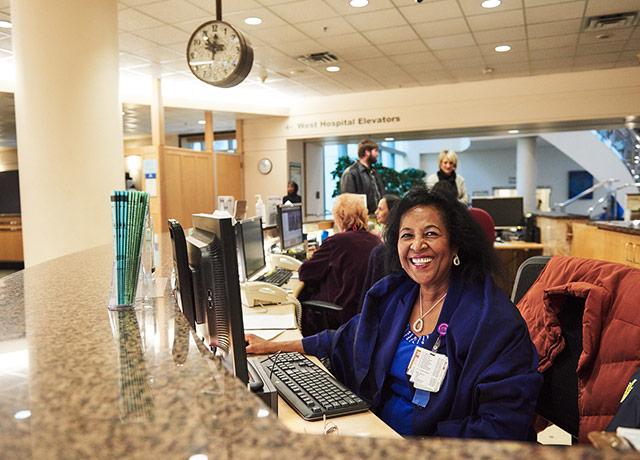 Adults forget the value of laughter, says Tita Begashaw. "Adults laugh about 30 times a day, children 300 times a day. Go back! Act like a child!"

She exhorts her biweekly laughter yoga class of patients and co-workers at Harborview Medical Center in Seattle. "We call it laughter yoga, laughter therapy. Breathe in, breathe out. Laughter is contagious!"

Evidence indicates that laughter has health benefits; for instance, children approach medical procedures with less anxiety and stress if something provokes their laughter beforehand.

Scientists aren't sure what physiological and emotional mechanisms might confer a health benefit. "Is it the laughter itself? The humor (in your brain)? The community that laughter attracts?" wondered Susan Collins, a UW Medicine specialist in psychiatry and behavioral medicine.

[Both women speak in this downloadable video.]

Begashaw, a patient services specialist, was born in Ethiopia and emigrated to the United States in 1988, followed by her younger brother and cousin. Several years later, her cousin murdered her brother.

Begashaw was devastated. To help keep depression at bay, she started to volunteer at Harborview by helping recent immigrants navigate the healthcare system. It turned into a full-time role in 1999.

In 2001, she saw a flyer in Harborview about the newly formed Tee Hee Hee Laughter group. She went and was immediately hooked. The meetings helped immensely with healing her grief. The next year, she became certified as a laughter yoga instructor.

Besides teaching at Harborview, Begashaw has been a laughter yoga instructor at nursing homes, corporations such as Boeing, and the UW School of Nursing. Her message is always the same: Laughter is as fundamental as breathing. But sometimes people need to be reminded to do it.