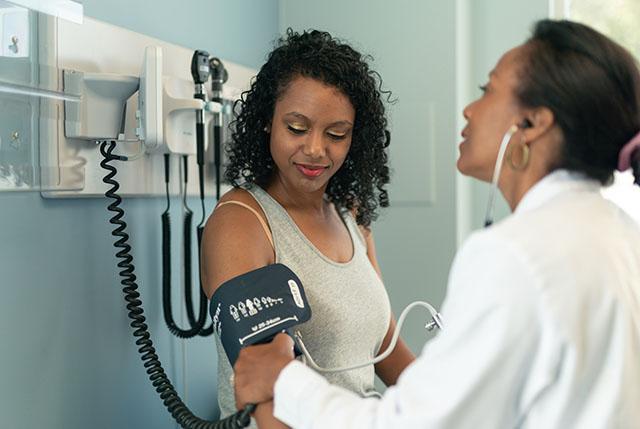 Getty Images
The 2014 guideline for managing high blood pressure in adults was among the most influential JAMA articles of the past 10 years.

Among the top 10 JAMA Editor’s Picks among articles published  from 2010 to 2020 were two papers with key authors from the University of Washington School of Medicine.

The selections were curated by the editors of JAMA, the journal of the American Medical Association, based on views and citations.  The chosen articles were considered to be among the most important contributions to clinical medicine and public health published by the journal over the past decade.

One of the Editor's Picks was a JAMA Viewpoint, Silencing the Science on Gun Research, written by Arthur L. Kellermann of RAND, and Frederick P. Rivara, professor of pediatrics at the UW School of Medicine and a pediatrician at Seattle Children’s Hospital. Rivara is also a researcher at the Child Health Institute and the Harborview Injury Prevention and Research Center.

In this opinion piece, Kellermann and Rivara ask what the medical and public health community, and the nation, can do to reduce the number of deaths from firearms in the United States.   They note that decades of research have looked at why some people commit violence against themselves or others, but much less has been done to understand how ease of access to firearms affects the likelihood or the consequences of a shooting.

In the mid-1990s, firearm injury research appropriations were  reduced at the Centers for Disease Control and Prevention, and restrictive but unclear  language about the use of such funds was added by Congress for both the CDC and the NIH.  In their 2013 JAMA viewpoint article, the researchers pointed out that it would not be possible to achieve progress against firearm violence unless Congress rescinded its moratorium on firearm injury prevention research.

The other influential paper was 2014 Evidence-Based Guideline for the Management of High Blood Pressure in Adults: Report form the Panel Members Appointed to the Eighth Joint National Committee.  Paul James, now professor and chair of family medicine at the UW School of Medicine, was the lead author of this panel report while he was on the faculty at the University of Iowa.  The article compared current recommendations with previous guidelines in such areas as treatment goals, lifestyle recommendations, drug therapy and scope of issues covered.

The 2014 guidelines provided recommendations for managing hypertension for a variety of populations, including people over and under age 60, people with diabetes, kidney patients, and blacks with and without diabetes. The guidelines included blood pressure levels to aim for, as well as classes of medications to prescribe to control hypertension. The guidelines also suggested steps clinicians should take if treatment efforts did not achieve desired blood pressure goals.

The 2014 recommendations re-asserted the potential benefits of a healthy diet, weight control and regular exercise in helping to control high blood pressure and perhaps even reduce the need for medications.