HPV vaccine OK’d to age 45. (Do risky behaviors end then?)

HPV vaccine OK’d to age 45. (Do risky behaviors end then?) 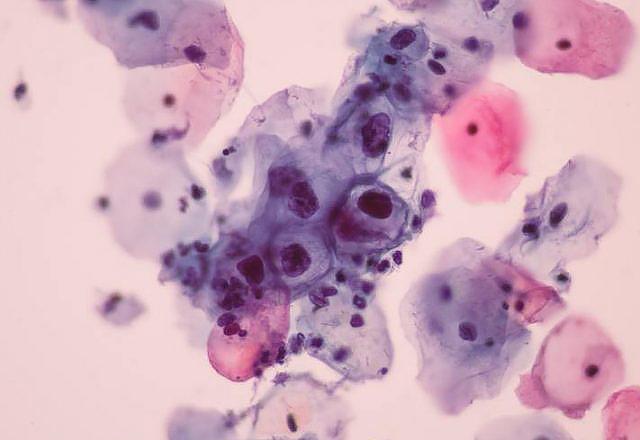 Late last week the FDA approved making Gardasil 9, the vaccine to protect against human papillomavirus, available to women and men up to age 45. The vaccine had initially been rolled out to individuals ages 9 to 26.

The expanded age range gives Matt Jaffy an answer to a question he fields occasionally from patients in their later 20s and 30s: Can I get the HPV vaccine? Now he expects to entertain that question from people beyond the new age cutoff.

“In theory, there’s no reason that the vaccine would not also provide some protection for people over 45,” said Jaffy, a UW Medicine family medicine physician. “It doesn’t sound like there’s medical evidence for the vaccine’s effectiveness in an older population, but I think a person’s risk factors for HPV are as important as age.”

Every year, about 14 million Americans contract HPV, according to the Centers for Disease Control and Prevention. Most cases resolve spontaneously and without symptoms, but some variants of HPV – there are more than 170 – can lead to genital warts and are associated with cancer of the cervix, vulva, vagina, penis, anus, mouth and throat. The vaccine guards against the most common sexually transmitted HPV infections.

The condition received much media attention in 2013 after actor Michael Douglas blamed his diagnosis of throat cancer on HPV and oral sex.

To determine patients’ current and future risk, “I ask about sexual history,” Jaffy said. “People who have been in a monogamous relationship for an extended period are less likely to be exposed to a new virus. At higher risk are people who have had multiple sexual partners in recent years and are still sexually active, or who are sexually active for the first time in many years, perhaps because of a relationship change.”

He said the virus is not like shingles, which can linger for years in the body and emerge later. If you’ve had an infection of HPV that resolved, it’s no longer in your body – but the case doesn’t confer protection from another such infection. In fact, a body weakened by one battle with HPV might benefit greatly from the vaccine, Jaffy said – one reason that expanding eligibility makes sense.

The FDA based its decision to change guidance on three studies involving separate populations of women and men – namely one study of 3,200 women ages 27 to 45 that showed 88 percent efficacy against certain warts, lesions and cervical cancers.

The FDA change will take time to be fully implemented, Jaffy explained. First the CDC must update its guidance and then health insurers will follow, updating their mechanisms to cover the vaccine in the new age range. “It could take six to 12 months to go full force,” he suggested.

It’s impossible to know how the expanded availability will affect stocks of Gardasil 9. There currently is a shortage of Shingrix, the vaccine to protect people 50 and older against the painful nerve condition of shingles.