Don't take my colonoscopy away!

Don't take my colonoscopy away!

More than one-fourth of survey respondents strongly objected to losing access to the cancer screening late in life, surprising researchers. 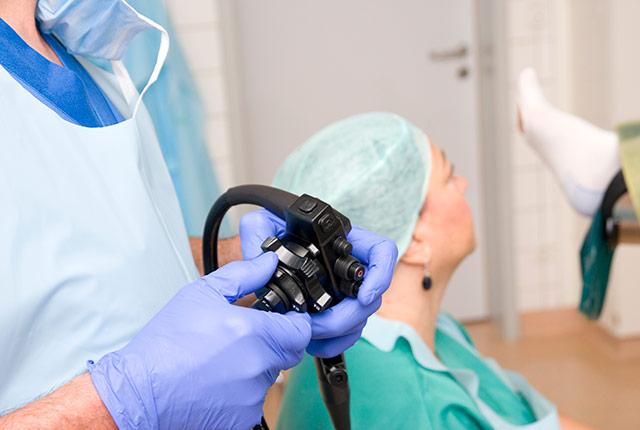 Getty Images
Colonoscopies are recommended until age 75 and not after age 85.

If you’ve endured a colonoscopy screening for colorectal cancer, the following may surprise you.

Researchers in Michigan surveyed 308 veterans – all over age 50 and deemed at normal risk for colorectal cancer – to examine attitudes toward halting screening colonoscopies based on existing age criteria. Among respondents, 41 percent were receptive, but 28 percent strongly objected to losing access to the screenings. (The other 31 percent objected moderately or were neutral.)

The paper was published Dec. 7 in JAMA Open Network.

“The authors were surprised that respondents were not more enthusiastic about the opportunity to stop screening, especially since it’s difficult to get a substantial portion of adults to undergo screening in the first place,” said John Inadomi, UW Medicine’s chief of gastroenterology. “They had expected that patients would be happy to stop these tests if their doctor told them it was OK, based on risk and life-expectancy calculators.”

Inadomi co-authored an accompanying commentary with Rachel Issaka, a UW Medicine gastroenterologist. They discussed why losing access to colonoscopies might have upset some respondents.

“Participant responses might represent an inflated perceived value of the benefit of screening without an adequate understanding of associated harms, which were not highlighted to the patients. They may not have realized that a physician’s recommendation to stop screening incorporates potential harms associated with screening,” the commentary said.

The risk of colorectal cancer increases with age. Current U.S. guidelines advise screenings from age 50 to age 75, and stopping colorectal cancer screenings after age 85. For people ages 76 to 85, the U.S. Preventive Services Task Force recommends that individuals consider colonoscopies based on their risk of cancer as well as the benefits and risks of the screening tests.

For people with normal cancer risk, colonoscopies’ benefit diminishes with age because of the increased likelihood of death from other causes and the fact that the procedure itself becomes riskier with older patients.

“These facts give rationale to recommending cessation of the procedure for this low-risk population – to save patients’ time and money and to prioritize procedures of people more likely to derive benefit,” Inadomi said.