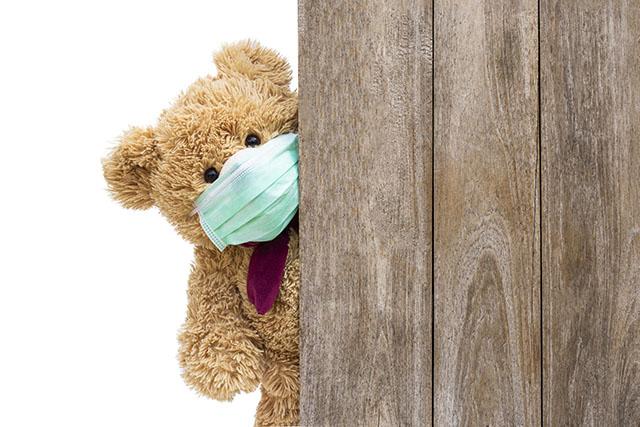 Children with autism spectrum disorder or attention-deficit/hyperactivity disorder participating in a summer treatment program were able to wear face coverings effectively, researchers at the University of Washington School of Medicine in Seattle report today in JAMA Network Open.

“Our findings indicate that kids with these types of special needs are capable of masking and that masking requirements should not be a concern for them getting back to school,” said Benjamin Aaronson, lead author on the paper and director of the UW Autism Center’s Apex Summer Camp. He is an acting assistant professor in pediatrics at the University of Washington School of Medicine.

In the study, the researchers recorded the face covering use of 104 children aged 5 to 13 years diagnosed with autism spectrum disorder, ADHD, or both conditions. They were participants in a 4-week outdoor day camp operated by the UW Autism Center during the summer of 2020.

The camp activities included group discussions, sports, board games, snacks and lunches, and recess. Mask wearing was added to a list of behaviors for which the children could be rewarded.

“The kids receive points for things like contributing to discussions, helping, sharing, and sportsmanship,” Aaronson said. “And at the end of the day they can then cash in those points for toys and other small prizes.”

Camp activities were divided into 10- to 15-minute intervals. A masking bonus was awarded for each interval during which the child properly wore a face covering over their nose and mouth for most of the interval. The average age of the children was 9 years, 81% were boys and 86% attended public school. Twenty-seven percent were diagnosed with ASD, 36% with ADHD, and 28% with both ASD and ADHD.

“A handful of kids wouldn’t wear a mask at first, but the majority of kids in our study did just fine from the outset, and some improved over time,” Aaronson said.

Survey studies have also found children in schools are able to comply with mask requirements, but this study adds direct observation of the children’s compliance and focuses on those with special needs.

“Our findings indicate that face covering in school settings is possible with children with special education needs,” Aaronson said, “And if kids with sensory and other needs can do this well, we would expect similar or better compliance with the general population of students.”

The JAMA Network paper is titled "Assessment of Feasibility of Face Covering in School-Aged Children with Autism Spectrum Disorders and Attention-Deficit/Hyperactivity Disorder."