Serious mental illness? There’s an app for that

Serious mental illness? There’s an app for that 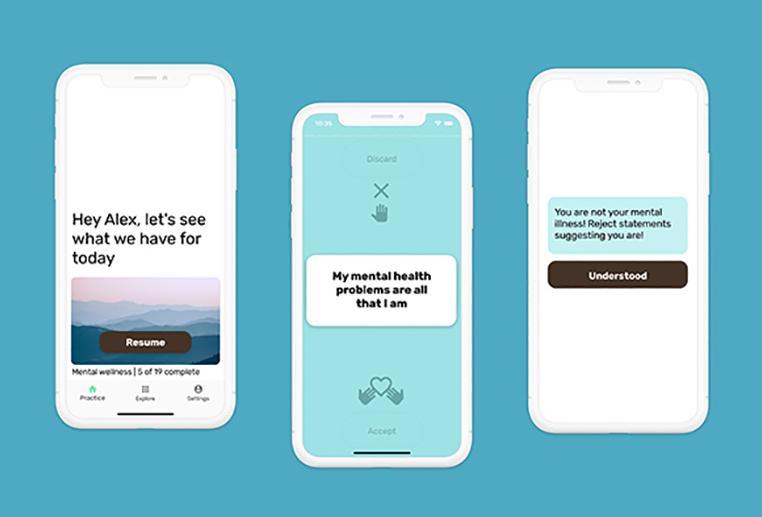 GGtude
The app helps users learn to endorse healthier statements, integrating them into their self-talk.

People with a serious mental illness often have dysfunctional beliefs that spiral them downward. They feel stigmatized. They may believe people are out to get them. They might think they will never get better.

Wanting to address these dysfunctional beliefs, researchers created a smartphone app with daily game-like exercises to help people with a serious mental illness reassess their beliefs. The app was tested among 315 people in 45 states recruited through online ads on Google and Facebook in 2020.

The results were published Nov. 12 in the Journal of Medical Internet Research.

“This was the first fully remote randomized controlled trial testing a digital intervention for severe mental illness,” said lead author Dror Ben-Zeev, professor of psychiatry at the University of Washington School of Medicine. “The intervention proved to be very effective in reducing their symptoms and improving recovery. This is very encouraging.”

The participants self-reported as having mental illness: 35% with bipolar disorder, 43% with major depression, and 22% with schizophrenia or schizoaffective disorder. The majority were unemployed (67%), female (86 %), and white (80%). They were assessed by a clinician for severe mental illness using a variety of screening tools.

Participants were asked to use the smartphone app for three minutes a day for 30 days.

“This study gives hope to people with serious mental illness,” said co-author Guy Doron, a professor of psychology at Reichman University in Israel and co-founder of GGtude, the company that created the app. “This is low cost, easy-to-use, and can be used on any smartphone.”

App users see onscreen statements consistent or inconsistent with negative perceptions of themselves, the world, and the future. They can swipe these statements toward themselves or discard them. If they pull a statement towards themselves that is dysfunctional, the app provides feedback that draws attention to the unhealthy thought. The app also provides feedback encouraging users to adopt healthy statements. Over time, users learn to endorse healthier statements and integrate them into self-talk.

One of the weaknesses of the study was a high dropout rate, 63%, among enrollees. The researchers said that is not surprising, given the study’s fully remote nature, but acknowledged that remote digital mental health apps may not be right for everyone.

The research included investigators at the Department of Computer Science at Dartmouth College.