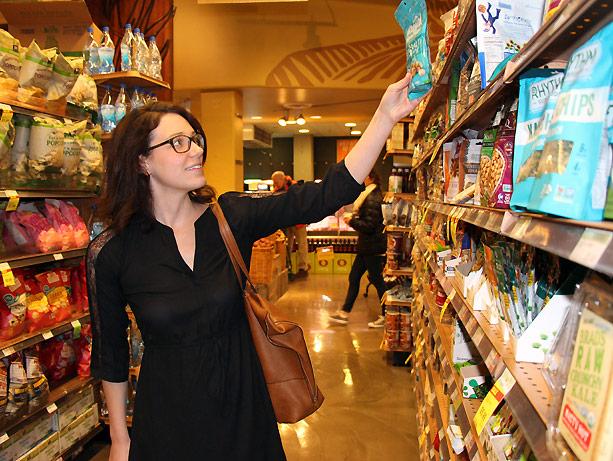 Brian Donohue
Jamie Bachaus checks out a product on the snack aisle in Whole Foods.

Raising the minimum wage in Seattle to $13 an hour did not affect the price of food at supermarkets, according to a new study led by the University of Washington School of Public Health.

That’s good news for those earning higher wages. “Typically, criticisms of minimum wage policies have been that even if wage goes up it will be offset by increases in prices of consumer goods,” said Jennifer Otten, assistant professor of environmental and occupational health sciences and a member of the School’s nutritional sciences faculty. “This paper shows that, as of Seattle’s wage increase to $13 per hour in 2016, food prices are not going up.”

The study was published in the International Journal of Environmental Research and Public Health.

A growing number of cities in the United States are raising the minimum wage in an effort to improve the well-being of low-wage workers, but few studies have looked at the public health implications of these policies, including effects on food security, diet quality, and associated health outcomes. This is the first study of the effects of a minimum wage policy this size, and at the local level, on supermarket prices in real-time.

Researchers found no significant differences in the cost of the market basket between the two locations at any point in time. A second analysis to assess the public health implications of potential differential price changes on specific items, such as fruits and vegetables, was also conducted and researchers found no evidence of price increases by food group.  Meats made up the largest share of the basket, followed by vegetables, cereal, grains and dairy.

The study was funded the City of Seattle and the Laura and John Arnold Foundation. It is part of ongoing work of the UW Minimum Wage Study Team.

Analysis of supermarket food prices collected after the Seattle policy increased to $15 per hour is forthcoming. Otten, along with Heather Hill of the Daniel J. Evans School of Public Policy and Governance and James Buszkiewicz, a doctoral student in epidemiology, are also examining the links between minimum wage and health outcomes over time.