Study found increased risk for depression, suicide in children whose mothers were hospitalized during pregnancy. 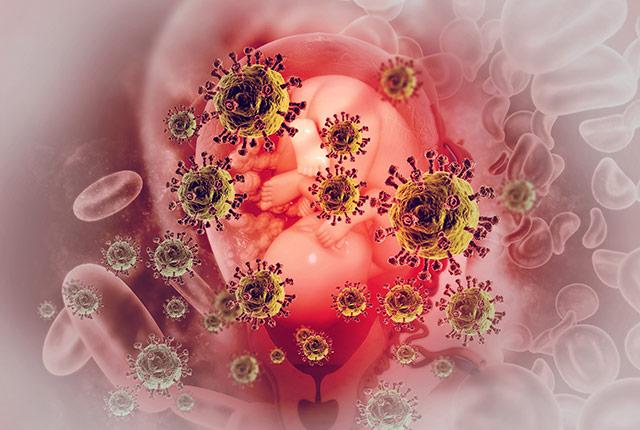 Getty Images
The increased risk was seen even when the mothers were treated for infections generally considered mild.

Children whose mothers were hospitalized with an infection during pregnancy may be at increased risk for autism, depression and suicide later in life, according to a new study by researchers at the University of Washington School of Medicine in Seattle, Washington, and the Sahlgrenska Academy in Gothenburg, Sweden.

Previous research has indicated that infections caused by specific pathogens, such as cytomegalovirus and the herpes virus, can cause fetal brain injury, abnormal brain development and an increased risk for certain psychiatric disorders.

The findings, published March 6 in JAMA Psychiatry, suggest that any infection in the mother during pregnancy—even those of microbes that do not invade the fetal brain—may increase a child’s risk of developing autism and depression.

“These findings suggest that preventing any infection in mothers during pregnancy may be important for the long-term health of their children,” said lead author Benjamin al-Haddad, who at the time of the study was a pediatric resident at the UW School of Medicine.

The researchers analyzed the hospital records of nearly 1.8 million people born in Sweden between 1973 and 2014, from birth to age 41. That people whose mothers had been hospitalized for any infection during pregnancy had a 79 percent higher risk of being diagnosed with autism and a 24 percent increased risk of being diagosed with depression. No increased risk was detected for two other disorders: psychosis, including schizophrenia, and bipolar disorder.

The increased risk was observed even when the mothers were treated for infections generally considered mild, such as those of the urinary tract.

It is unclear how an infection by a microbe that does not directly attack the fetal brain could nevertheless affect its development, said al-Haddad. Research has shown that exposure to inflammatory proteins released by the mother’s immune system to fight off infection may affect gene expression in fetal brain cells. Other research suggests that inflammation may increase the production of serotonin, a neurotransmitter, by the placenta, which may alter fetal brain development, he said.

“This could help explain how infection and inflammation during pregnancy increase the child’s risk of autism, in which social interaction is affected, and the risk of emotional disorders, such as depression,” she said.

“I think we need to take a broader view of how infection and inflammation can harm the fetal brain, beyond the effects of direct infection of the brain,” Adams Waldorf said. “In the meantime, we should aggressively act to prevent and treat infections during pregnancy when we can.”

She expressed concern in particular about women who refuse the influenza vaccine. "They are not only putting themselves at risk for serious and even fatal infections, but they may be putting their infants at risk for neuropsychiatric disorders later in life,” she said.