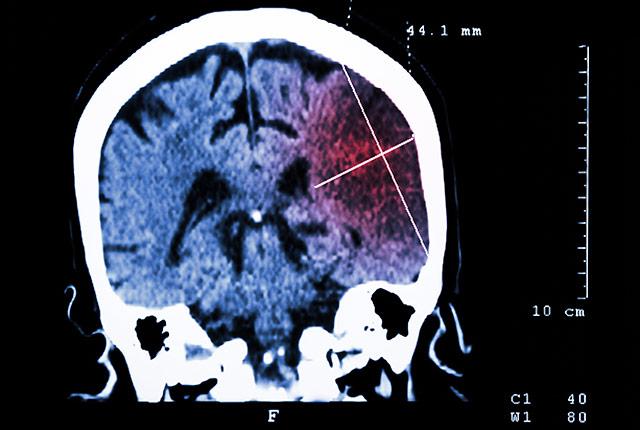 Globally, one in four people over age 25 is at risk for stroke during their lifetime, according to a new scientific study.

“Our findings are startling,” said Gregory Roth, the study's senior author. He's a professor of cardiology and assistant professor of health metrics sciences at the University of Washington School of Medicine.

“It is imperative that physicians warn their patients about preventing strokes and other vascular diseases at earlier points in patients’ lives. We found extremely high lifetime risk for stroke, and based on other research we evaluated, it is clear that younger adults need to think about long-term health risks. They can make a real difference by eating healthier diets, exercising regularly, and avoiding tobacco and alcohol.”

The study, “Global, Regional, and Country-Specific Lifetime Risks of Stroke, 1990-2016,” was published today in The New England Journal of Medicine.

Using estimates from the Global Burden of Disease study (GBD), researchers developed a new summary measure that combines one’s risk of having a stroke and surviving, with suffering a stroke and dying. For the first time, the study estimates lifetime stroke risk starting at age 25, whereas previous studies begin at age 45.

The authors analyzed the lifetime risk of first-ever stroke, categorized by subtype – ischemic and hemorrhagic stroke. They did not assess the lifetime risk of recurring stroke, pediatric stroke, or transient ischemic attack, commonly known as “mini-stroke,” which does not result in permanent brain damage. Findings cover 1990 to 2016 in 195 countries and territories by age and sex.

The findings expose large geographic variations. In 2016, the three regions with the highest estimated lifetime risk of stroke were East Asia (38.8 percent), Central Europe (31.7 percent), and Eastern Europe (31.6 percent); the region with the lowest risk was eastern sub-Saharan Africa (11.8 percent).

“The lower risk of lifetime stroke in sub-Saharan Africa does not necessarily represent a lower incidence of stroke or more effective prevention and treatment strategies,” said Roth. “On the contrary, people there are merely at higher risk of dying of another cause first.”

The burden of stroke among adults is largely dependent on modifiable risk factors and the characteristics of health systems. Therefore, the study’s findings may be useful for long-term planning, especially in terms of prevention and public education.

Nations’ ministers of health and other policymakers need to develop programs encouraging young adults to eat healthier diets with more fruit, vegetables, and whole grains, as well as avoid tobacco and alcohol, and increase physical activity and maintain a healthy weight, Roth said. They also should advocate for lower prices of medications that control high blood pressure and cholesterol.

The studies and additional information are available at www.healthdata.org.