Genes from ‘fossil’ virus in human DNA found to be active

Genes from ‘fossil’ virus in human DNA found to be active

Inserted in the human genome thousands of years ago, the genes can produce viral proteins without activating the whole virus. 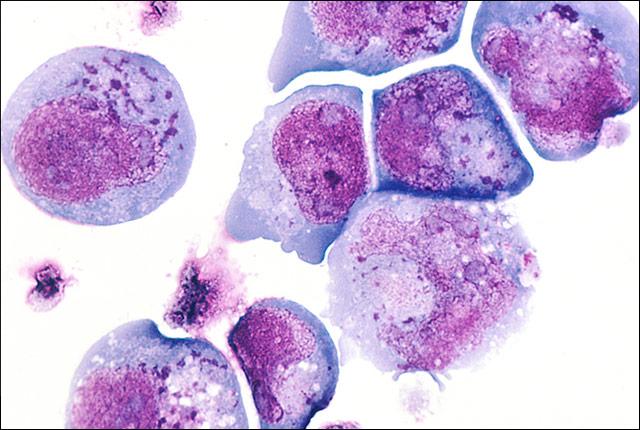 Their finding might help explain why people who inherit this “fossil virus” appear to have a higher risk of developing neurodegenerative diseases such as multiple sclerosis and Alzheimer’s.

“There have been some reports that the virus, called human herpesvirus-6, can reactivate, but if it does, it’s rare,” said Dr. Alex Greninger, UW assistant professor of laboratory medicine. “What we wanted to know whether some of the virus’ individual genes were being turned on without full reactivation of the virus.”

The Journal of Virology published the article recently. Its lead authors were Vikas Peddu, a bioinformatician in the Greninger lab, and Isabelle Dubuc of Laval University. The project was led by Greninger and Louis Flamand, professor in the microbiology and immunology at Laval.

The researchers were interested in two versions of human herpesvirus-6 (HHV-6) that can integrate into chromosomes and be inherited like any other human gene. HHV-6B causes the common childhood illness, roseola. This infection affects about 90 percent of children early in life, causing high fevers and rash. However, relatively little is known about the second virus, HHV-6A. After infection, both viruses can remain dormant in the body and reactivate later, particularly in people whose immune systems are suppressed.

In the new study, the researchers looked at a form of the virus that is not acquired by infection but which about one in a hundred people inherit as part of their genome. About 8 percent of human DNA comes from viruses inserted into our genomes in the distant past, in many cases into the genomes of our pre-human ancestors millions of years ago.

Most of these viral genes come from retroviruses, RNA viruses that insert DNA copies of their own genes into our genomes when they infect cells. HHV-6 is unique because it is the only known human DNA herpesvirus that integrates into the human genome and can be routinely inherited. HHV-6’s genome may have been accidentally copied into the human genome because it has repeating DNA sequences that resemble those found in human chromosomes.

In conducting the study, the investigators analyzed a database of genome sequences of 650 people who gave consent before they died for their DNA genomes to be researched. The scientists also had access to cellular RNA in up to 40 tissue samples.

Since cells must convert the instructions of active genes into RNA before they can be used to make proteins, different RNA sequences in different tissues reveal which genes are active and inactive in different cell types.

“A lot of human genomicists have overlooked these integrated HHV-6 sequences in human genomes. They’re not in the human reference sequences and they’re not common enough to rise on the radar,” Greninger said.

The researchers identified six individuals who had HHV-6 integrated in their genomes: two with HHV-6A and four with HHV-6B. The RNA sequences revealed that in these individuals, a number of viral genes were being actively expressed, in particular one gene called U90 and another called U100.

In most tissues, the level of expression was low and sporadic, but the highest expressions were found in the esophagus, testes, adrenal gland and brain. The gene U100 codes for a viral protein that is part of the viral outer shell, or envelope. U90 codes for a protein known as a transactivator, which means it promotes the expression of other genes.

Working with samples they had collected as part of another study, the Canadian researchers showed that individuals with the inherited HHV-6 genes mounted a greater immune response to viral proteins.

“This suggests that even though the viral genes had been long been part of their genome, the immune systems of people who carried the genes still recognized the viral proteins as foreign," said Flamand. “We still need to know more how the immune system gets educated by or against these endogenous viruses to understand what this increased immune response against HHV-6 proteins means.”

What biological effect these proteins may be having on human cells is unknown, Greninger said. “The transactivator protein U90 is primarily responsible for turning on the viral genome. It almost as though this fossilized virus is trying to reactivate itself.”

“One question we want answer is, ‘What effect does having this 150 kb viral genome present enact on expression of your human genes? We don’t know because it is present only in about 1% of the population. It will require analysis of data from very large biobanks that have associated RNA transcription sequences and the full medical records of the participants to identify which diseases these inherited HHV-6 genomes may play a role in,” he said.

This work was made possible with grants from the Heart and Stroke Foundation of Canada and Canadian Institutes of Health Research.