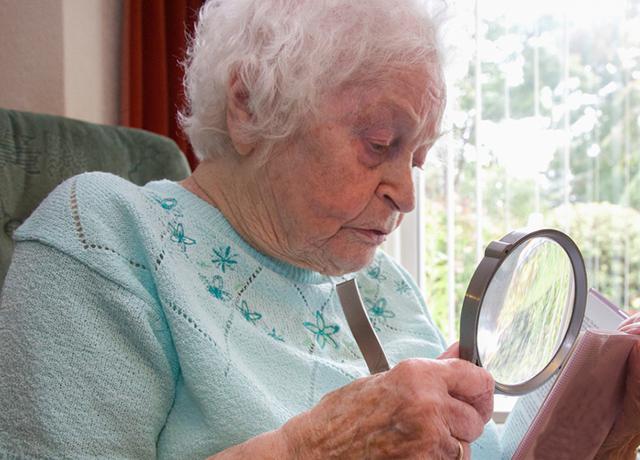 Getty Images
Age-related macular degeneration is one of the eye conditions cited in study.

Alzheimer’s disease is difficult to diagnose as well as treat,  but researchers now have a promising new screening tool using the window to the brain:  the eye.

The results offer physicians a new way to detect  those at higher risk of this disorder, which causes memory loss and other symptoms of cognitive decline. .

The researchers, from the University of Washington School of Medicine, the Kaiser Permanente Washington Health Institute and the UW School of Nursing, reported their findings Aug. 8 in Alzheimer’s & Dementia: The Journal of the Alzheimer’s Association.

The participants in the study were age 65 and older and did not have Alzheimer’s disease at the time of enrollment. They were part of the Adult Changes in Thought database started in 1994 by Dr. Eric Larson, who is at Kaiser Permanente Washington Health Research Institute. Over the five-year study, 792 cases of Alzheimer’s disease were diagnosed by a committee of dementia experts. Patients with age-related macular degeneration, diabetic retinopathy, or glaucoma were at 40 % to 50% greater  risk of developing Alzheimer’s disease compared to similar people without these eye conditions. Cataract diagnosis was not an Alzheimer’s disease risk factor.

“What we found was not subtle,” said Dr. Paul Crane, professor of medicine, Division of General Internal Medicine, at the UW School of Medicine. “This study solidifies that there are mechanistic things we can learn from the brain by looking at the eye.”

More than 46 million older adults are affected by dementia worldwide and 131.5 million cases are expected by 2050, the researchers said. Alzheimer’ disease is the most common dementia,and discovering risk factors may lead to early detection and preventive measures, they said in their paper.

Lee said anything happening in the eye may relate to what’s happening in the brain, an extension of the central nervous system. The possible connections need more study.  She said a better understanding of neurodegeneration in the eye and the brain could bring more success in diagnosing Alzheimer’s early and developing better treatments.

The researchers said several factors suggest the effects they uncovered were specific to ophthalmic conditions and not merely age-related phenomenon.

Larson said for years Alzheimer’s researchers were focused on amyloid buildup in brain tissue, but that hasn’t brought much benefit to patients.

“This paper is pointing to a new area of opportunity,” he said.