The nation's death rate jumped after 2010, in particular among the old and very young. Several UW researchers contributed to the new study. 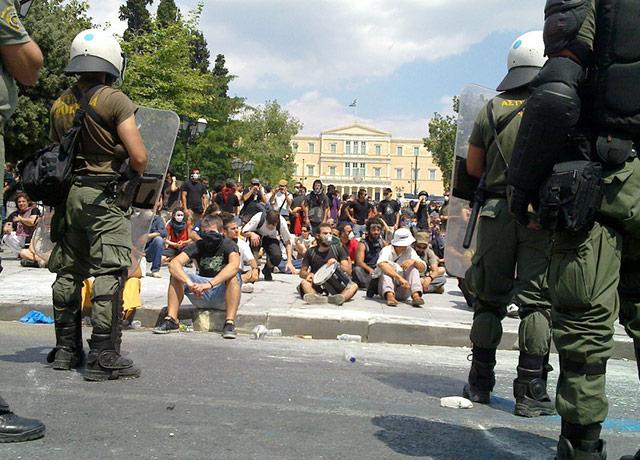 Greece’s population health declined markedly and death rates rose sharply after harsh austerity measures were imposed on Greece by the European Union and the International Money Fund in 2010, says a new study by dozens of researchers, including several at the University of Washington.

“This study is important because it provides a framework for health surveillance on a national level following major socioeconomic changes,” said Georgios Kotsakis of the UW School of Dentistry, the paper's corresponding author.

The study, published this week in the British journal The Lancet Public Health, reported that Greece's total death rate rose by about 5.6 percent from 2000 to 2010, then jumped by 17.7 percent during the next six years, after austerity measures were imposed. The death rate rose three times faster than that of Western Europe overall and came at a time when mortality rates were actually declining worldwide. The largest increase in deaths were among people 70 and older, and young children also saw a disproportionate increase.

Researchers reported that government health spending fell sharply and that the causes of death that increased most were largely those that healthcare could have addressed. Greece’s reduced spending, required as part of the austerity measures, had been criticized for omitting measures to protect the country’s National Health System.

Greece's rise in mortality coincided with changes in causes of death, with notable increases in communicable, maternal, neonatal, and nutritional diseases.

Researchers said that policymakers should ensure that Greece’s healthcare system is equipped to meet the needs of its citizens, suggesting that "the health system requires substantial restructuring to cope with the effects that the financial crisis has had on resource availability, resource allocation, and population structure.”

Funded by the Bill & Melinda Gates Foundation, the study relies heavily on the 2016 Global Burden of Diseases, Injuries, and Risk Factors Study (GBD), conducted by the UW’s Institute for Health Metrics and Evaluation (IHME).  This was the largest systematic effort ever to chart the scope of health loss from all major diseases, injuries, and risk factors by age, sex, and population.

The UW co-authors included Andy Stergachis, professor of pharmacy and global health; Nick Kassebaum, associate professor of anesthesiology and pain medicine; and Stefanos Tyrovolas, a visiting scholar at the School of Dentistry. They joined more than two dozen other collaborators across several countries.