Casey Schorr hasn't had an epileptic episode since surgery. 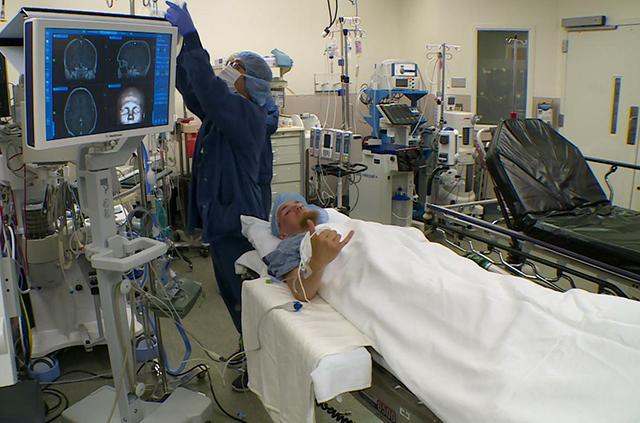 About two-thirds of people with epilepsy are able to stop seizures with medications. But another third, like Casey Schorr, don’t respond well.

Andrew Ko, head of the UW Medicine Functional and Restorative Neurosurgery Program in Seattle, isolated the seizures to the right side of Schorr’s brain.

Schorr woke up with 47 staples in his head, but was released from the hospital just two days later.

Recovery is a long process. Schorr will have to take anti-seizure medication for the next two years as his brain recovers, and his short-term memory is “horrible,” he said. He sometimes stutters and has trouble finding the words he wants to say. But his seizures are gone.

“I haven’t seen an episode or even small seizure since the surgery,” he said. “I’m ecstatic. I’m so happy.”