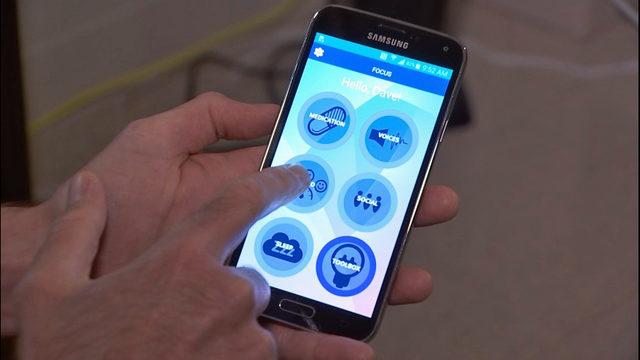 KIRO TV
The phone app offers people mental health whenever and wherever they need it.

New results show an app created at the University of Washington is effective in treating severe mental illness.  A 3-year study on the Focus app just wrapped up.  The results show it had a significantly better rate at getting patients to engage in treatment than a scheduled trip to the clinic.

“People are able to access treatment resources from their pocket device in real time and real place, where they need it the most,” Lead researcher Dror Ben-Zeev, PhD told KIRO 7. “And that is a dramatic difference from getting services or treatment at a clinic.”

In the app you click on the issue you're having, you answer a series of questions, which then guides you to a written solution or a video from a doctor addressing the specific issue.

Two-thirds of the use of the app was when they patient felt they needed it.  But two to three times per day they get prompts where the app takes over their main screen and addresses their specific issues. If it's depression it'll ask about their mood and launch those specific questions.

The next step is to team up with a tech company to take it to market.

“We're quite confident that Focus is helpful, so we'd like to see this out there over the course of the year,” Ben-Zeev said.  “And frankly Washington state is a great place to deploy it on a large scale for the first time.”