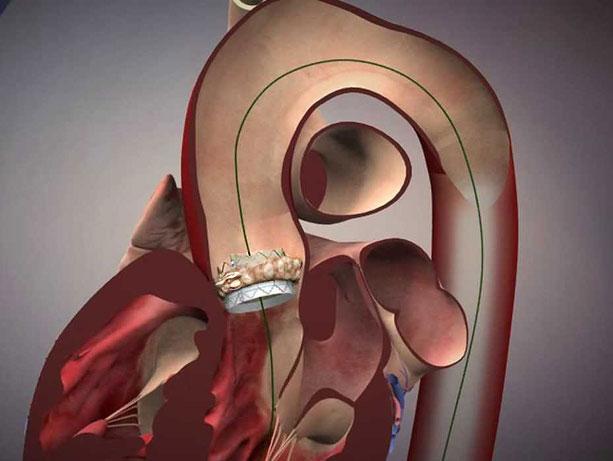 These people have been asking us for the catheter procedure for a few years, but we’ve had to turn them down,” said UW Medicine cardiologist Jamie McCabe. “We couldn’t legally offer the device because they were too healthy, based on our risk matrix, and the device isn’t FDA-approved for that population yet. They have always been directed to surgery, and generally, surgery has worked for them.

“These people have been asking us for the catheter procedure for a few years, but we’ve had to turn them down,” said UW Medicine cardiologist Jamie McCabe. “We couldn’t legally offer the device because they were too healthy.”

“Surgical aortic valve replacement started in the 1960’s, so we have almost 60 years of experience with it,” he said. “Transcatheter valves have been around for about 10 years and, good as they are, they are not yet considered the gold standard. The data would suggest that in the short term they are equal or potentially better but transcatheter valves don’t have durability information yet.”